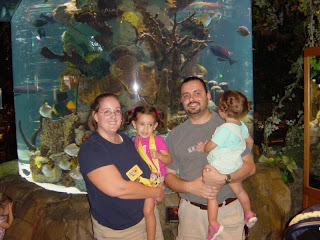 It's been a few days since the last update - I'll see what I can remember.  Beth got to go shopping with my aunts and grandma while Anna and Cara stayed with me, Lelo, and Uncle Curt.  She had a really fun time. The guys pretty much played with the girls and watched videos with them that day.  Lelo fell asleep on the couch, and Uncle Curt & I failed to get Anna and Cara to take naps.  And I guess we forgot to change Cara's diaper all day.  Oops. The next day I got to come back and play some ping pong and pool with my dad, aunts & uncle while the girls took naps at the villa. I beat my uncle & dad at ping pong, lost at pool, and we had a pretty good matchup at 4-player ping pong with me and Titi Toni against dad and Titi Edna.

We had a lot of fun with everyone including Christopher and Nicky playing the game Apples to Apples, with ice cream, Nilla wafers, chips, etc.  Plus a couple more games of blitz - which Titi Edna would like to point out she won. Last night we took several 4-generation pictures that included Anna & Cara, me & Beth, dad, and Abuela (the girls' great grandmother).  Beth had lots of fun helping Christopher with his algebra - I'm sure a lot more fun than he had. They were working at it pretty much all evening, but I think she helped him understand some things that were giving him trouble.  He hopes music majors don't have to take many math classes! I think Beth really enjoyed the part of teaching where she got to help the kids learn, but the hours and pay and politics were terrible enough that she won't be going back to that profession. 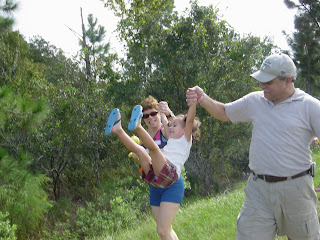 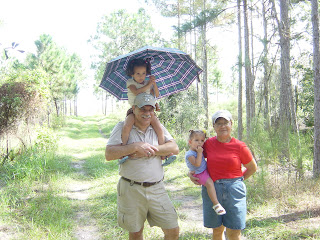 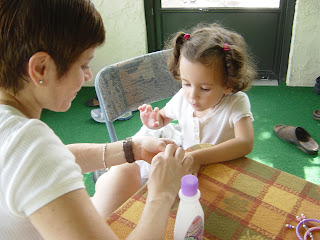 Anyway, Lelo left this morning to go home - I'm really glad he was able to see the girls and meet Cara.  Beth was glad that everyone got to see how hard it is to feed Anna firsthand, so that it sort of "proved" that it's not just us being lazy about it.  Dad recommended a few things to supplement what Anna does eat. She misses him already - I forget what she asked today, but it was something about seeing Lelo, and we had to tell her that he had to go home, which made her a little sad.

Abuela got cabin fever and had enough sitting around the house, and Titi Edna had some things she wanted to get accomplished, so while they were off doing their thing, we went to Downtown Disney and walked around the stores and marina.  We stopped at a toy store and go a box full of Mr. Potato Head parts, and we also stopped to look around the Legoland Imagination Center.  There were some pretty cool things made out of legos there, including a lego dragon coming out of the lake, a shark, crab, dinosaur, dogs, people… but the thing the girls liked best was the little clubhouse and slide in the back of the store.  Cara thew a huge fit when we had to leave it because it started raining. 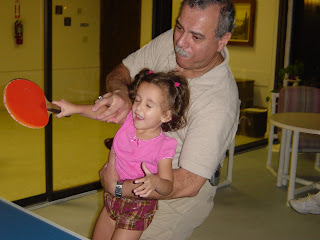 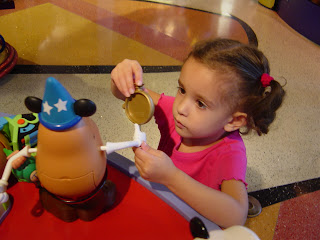 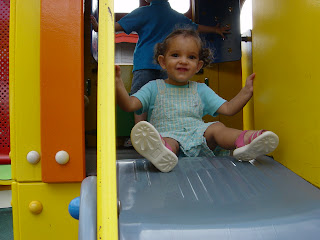 Tonight Abuela and the Hortons were having dinner and visiting with some good friends that came back from a 3-month trip to Canada and were going to see fireworks tonight.  We just stayed at our villa and swam in the pool to get the girls to bed on time since we're going to Sea World tomorrow and we got them to bed really late last night (close to 11).  We think they will really like it - one of their favorite things about Downtown Disney (besides the lego slide)was watching the fish swim in the tanks at the Rainforest Cafe.  They'll get to see lots more fish, plus pet/feed dolphins, see whales, sharks, penguins, manatees…

Titi Toni/Edna, and Abuela are going to Epcot on Friday instead of tomorrow while we're at Sea World because their friends got them an unbeatable deal to get in, but it had to be Friday.  So it looks like with everyone's schedules, between Wednesday morning and when we leave on Saturday, we'll only get to see everyone for a little bit tomorrow evening, and possibly Friday evening.  I would have enjoyed getting to spend more time visiting and playing games with my aunts, but I'm thankful for the time we did have. And I hope the girls really enjoy Sea World tomorrow. 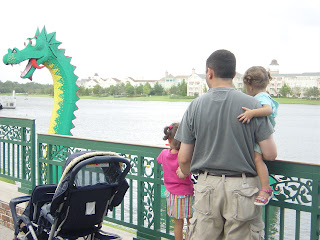 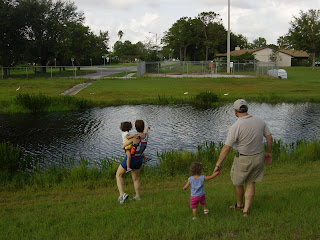 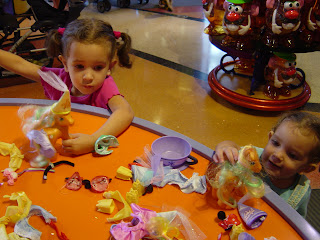 Oh, I forgot to mention how much the girls wanted to swim today. Ever since Cara woke up from her nap today, about the only thing she would say to me was "bool," asking to go to the pool, even at Titi Toni's house while I was picking up our things. Anna squealed "Yes!" when I asked if she wanted to swim.  But the funniest part was when we went outside, I saw a frog in the pool area, tried to catch it (I eventually caught at the side of the pool), and had it in my hands.  I kept calling the girls - "Anna! Cara! Look - I have a frog in my hands - come see the frog!" They ran right by me, with not so much as a glance in my general direction, to get into the pool. Who cares about a frog, daddy - it's time to swim!  We swam until Anna said she was too cold, then I kept swimming with Cara until I figured it was late enough to stop - Cara would have gone all night long! 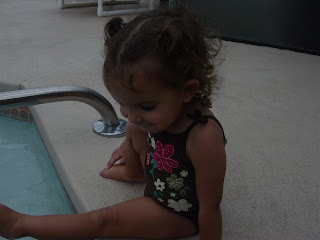 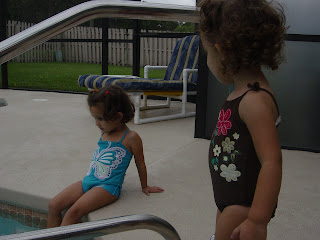 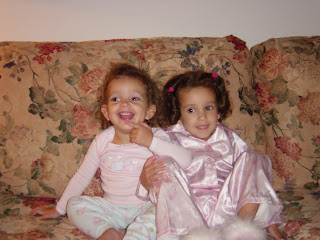 By the way, Anna loves the snowman PJs that Titi Edna and Abuela brought from PR. Especially the slippers.  And she also loves her fingernails that Titi Edna painted, and her toenails that Christine painted. And she was wiggling her behind this evening to the Spanish music we had playing in the villa, while sitting on the potty.
Posted by deltamike76 at 11:12 PM