This is Part 3 of my account of our tour to Israel with The National Christian Choir.  This entry begins with our visit to Joppa.  To start at the beginning, click here.  All my Israel pictures and videos are in the photo gallery under Vacations and Trips, then 2008 Israel.

We have just left the market in Tel Aviv and are headed to Joppa (or Jaffa, as it is also called).  This was one of my favorite spots and is where I think the tour really started to become special for me.  Not just because I had finally gotten a relatively good night's sleep and recovered from the flight, but because we had moved from what I felt was kind of just any other city (Tel Aviv) and into places that really had a lot of history behind them.  Our guide, Gila, really started getting to talk to us about what happened at the places we visited from here on out, and it was neat to hear her read a passage of Scripture then say, "And this is where that took place," or "And this is where he lived." 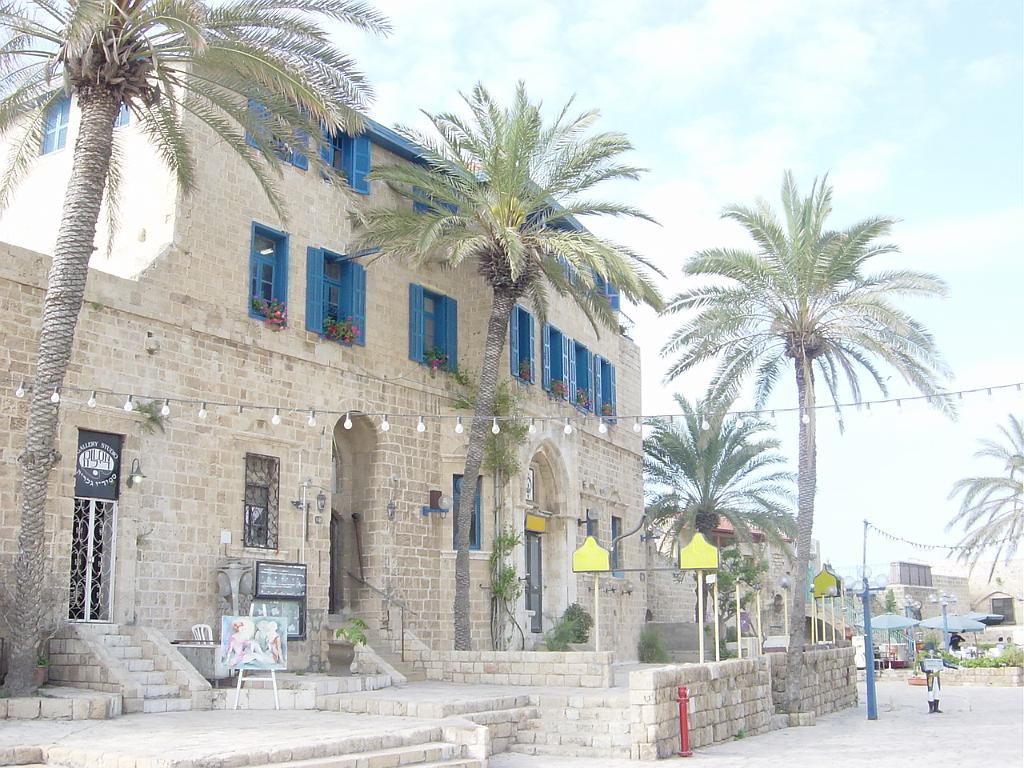 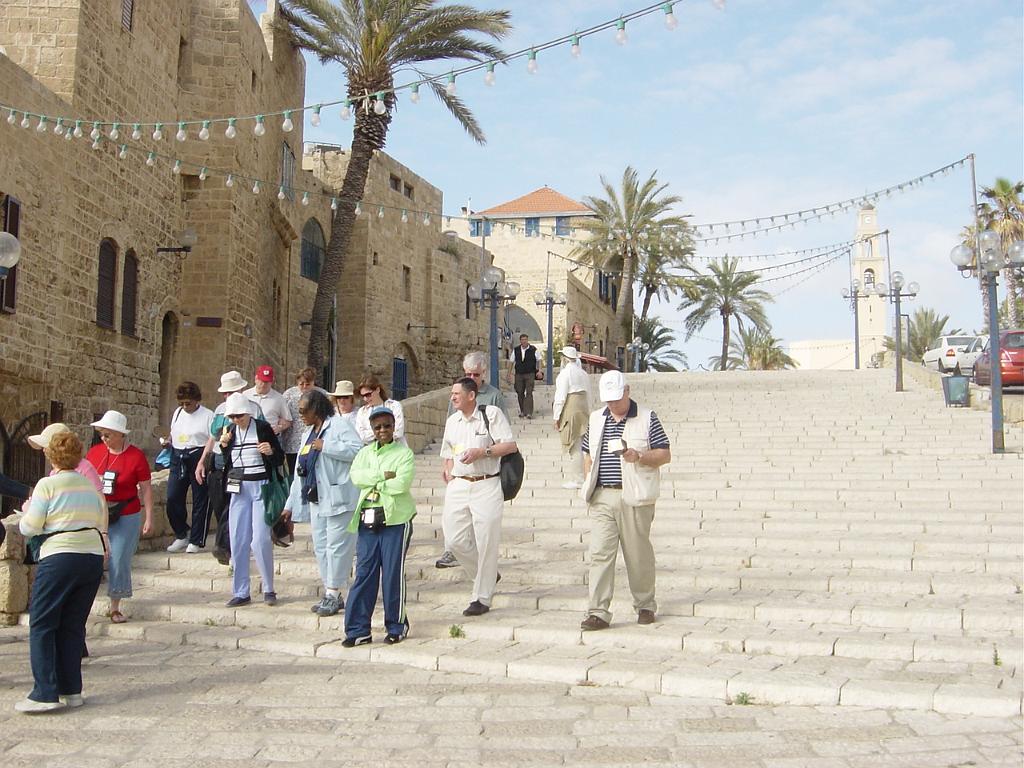 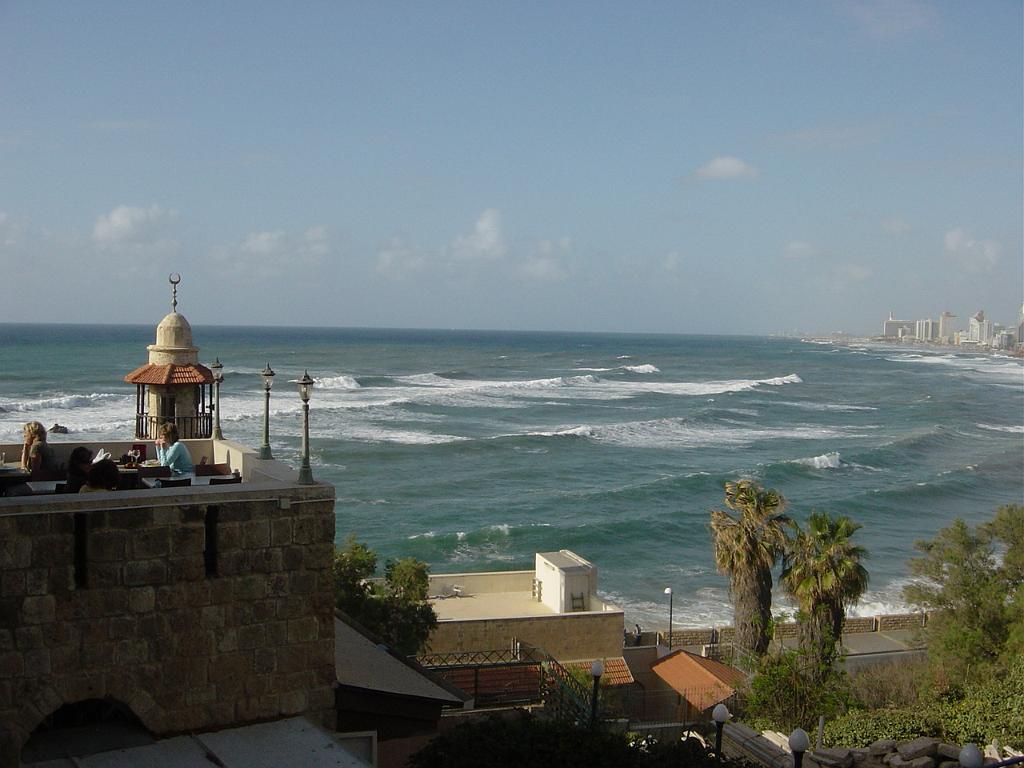 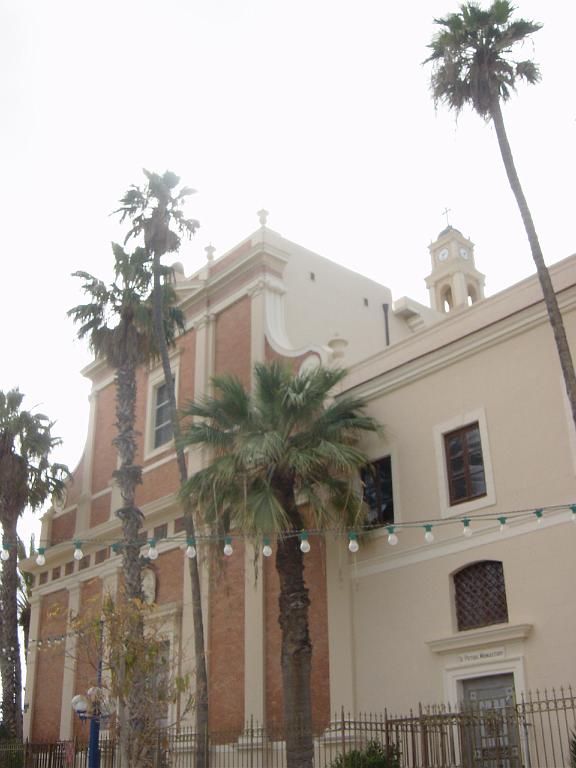 Joppa felt like it was still a "Biblical" town.  By that, I mean when you see movies or shows from that era, it just felt like that kind of town.  All the buildings were made out of a few shades of the same beige stone.  The window and door frames around the town were painted, giving a splash of color.  Gila pointed out that a lot of people used blue, which was apparently to scare away evil spirits. 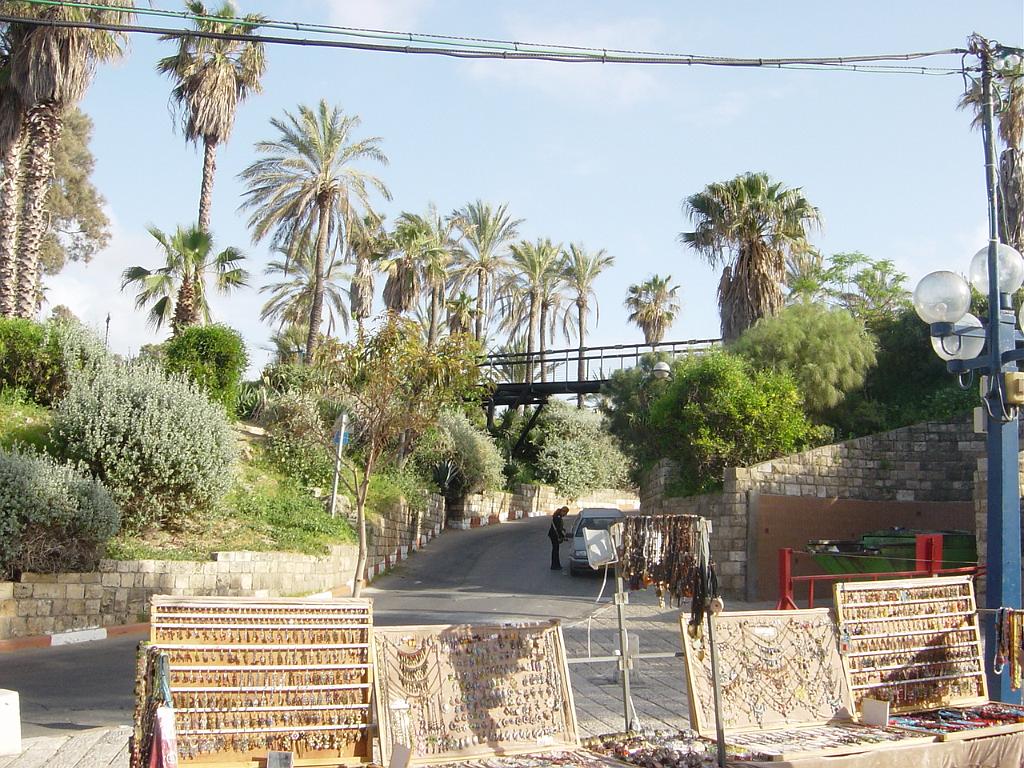 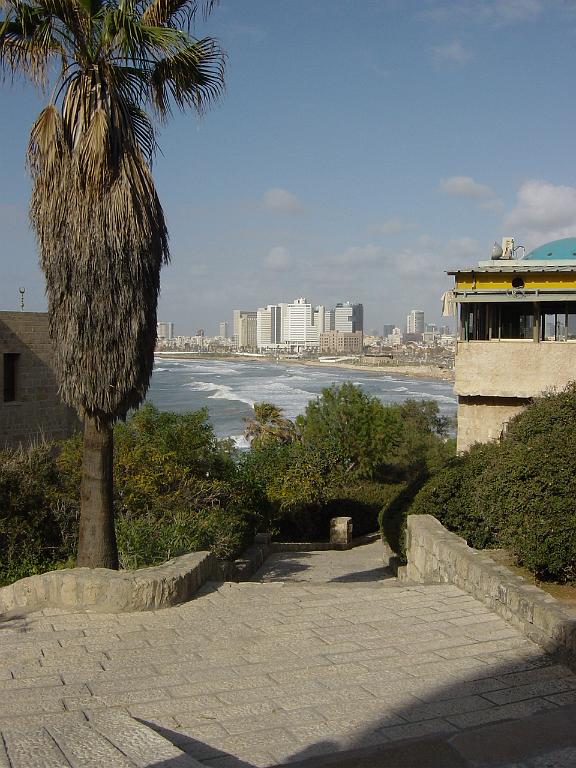 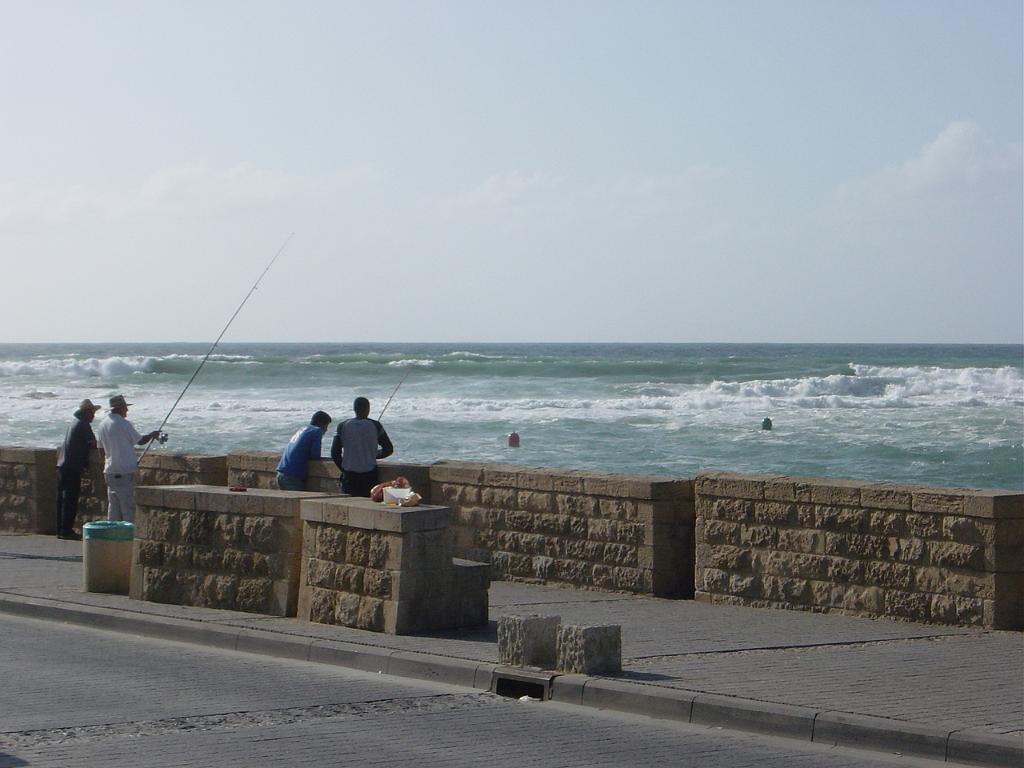 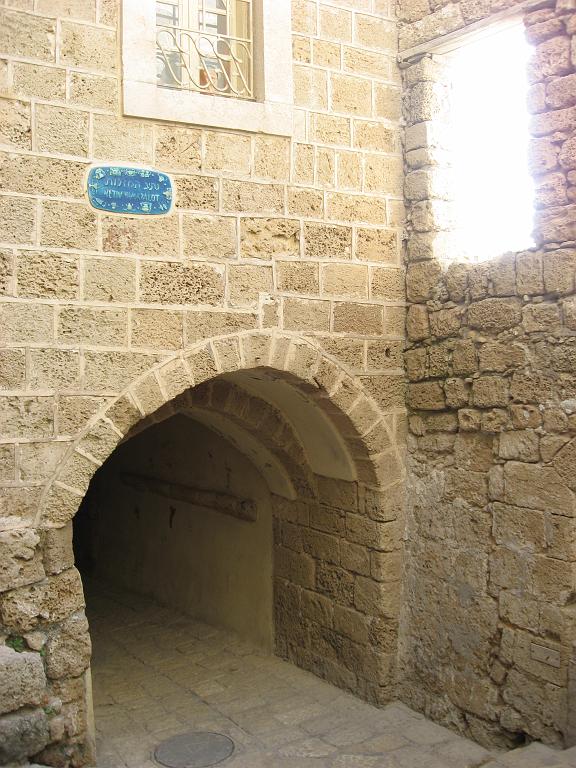 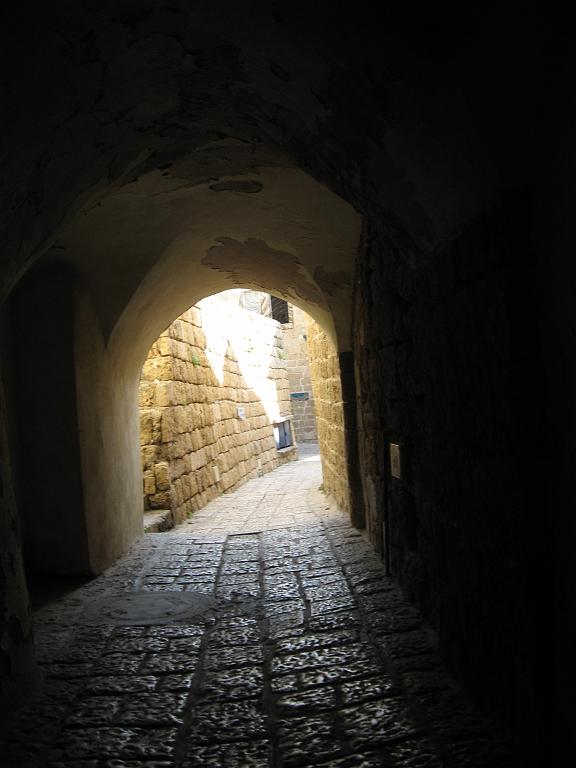 There were only two streets that I remember seeing - the entrance that we drove in on which was kind of midway up the hill the town is built on, and one much lower on the other side of the town, along the sea wall.  Otherwise, there were lots of narrow alleys, steps, and hilly walkways all paved with stones running through the town.  Scattered throughout the town were lots of palm trees.  The view of the Mediterranean was great.  I enjoyed walking down to the sea wall where the sea was roaring and crashing against rocks and the wall; the locals were taking walks and fishing along the sea wall.  I could imagine living in this quiet, relaxing, quaint little town right on the sea.

Here are some videos dad took in Joppa (hosted on YouTube):


Birth of Christianity for Gentiles

It was appropriate to really start our pilgrimage here in Joppa. This is the place where Peter stayed with Simon the Tanner and had his vision of the "unclean" foods coming down from heaven, and God told him to eat it and not to call anything unclean that He has made.  And as he was still pondering the vision, the men sent by Cornelius the centurion in Casaerea came to summon him to go see Cornelius.  While it was against the Jewish law for a Jew to associate with Gentiles, Peter agreed to go, because the Spirit told him that He had sent them. Then, in Casearea, Peter shared God's Word with Cornelius and the other Gentiles there, and they received the Holy Spirit - the first instance of this happening with Gentiles (non-Jews). 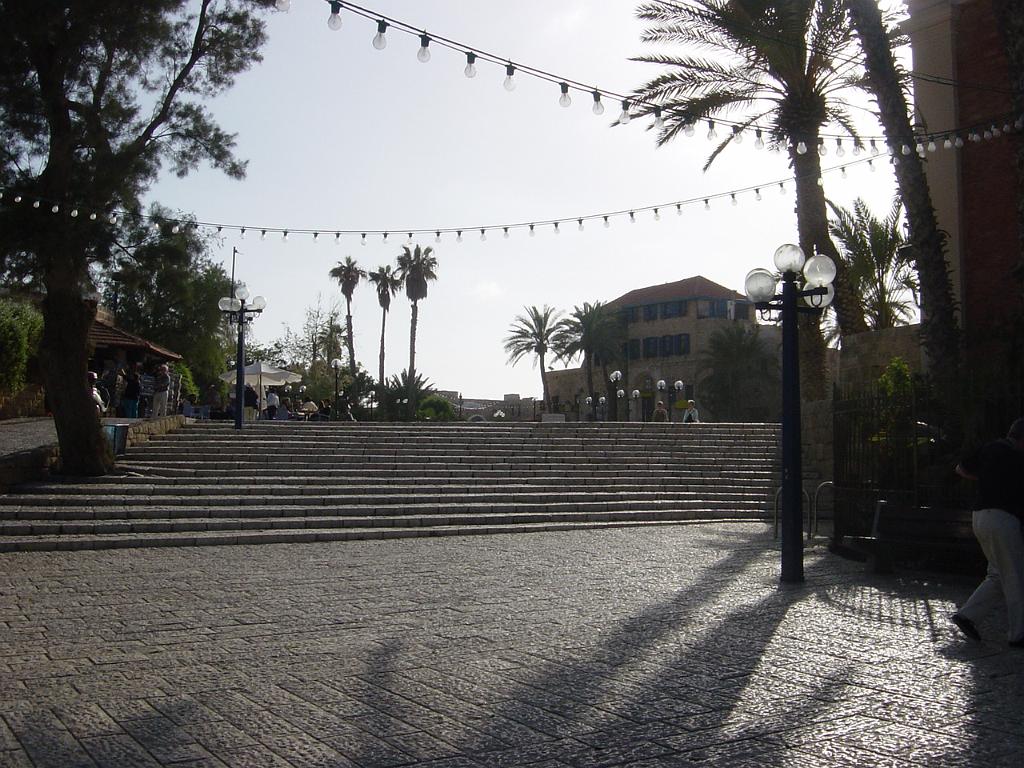 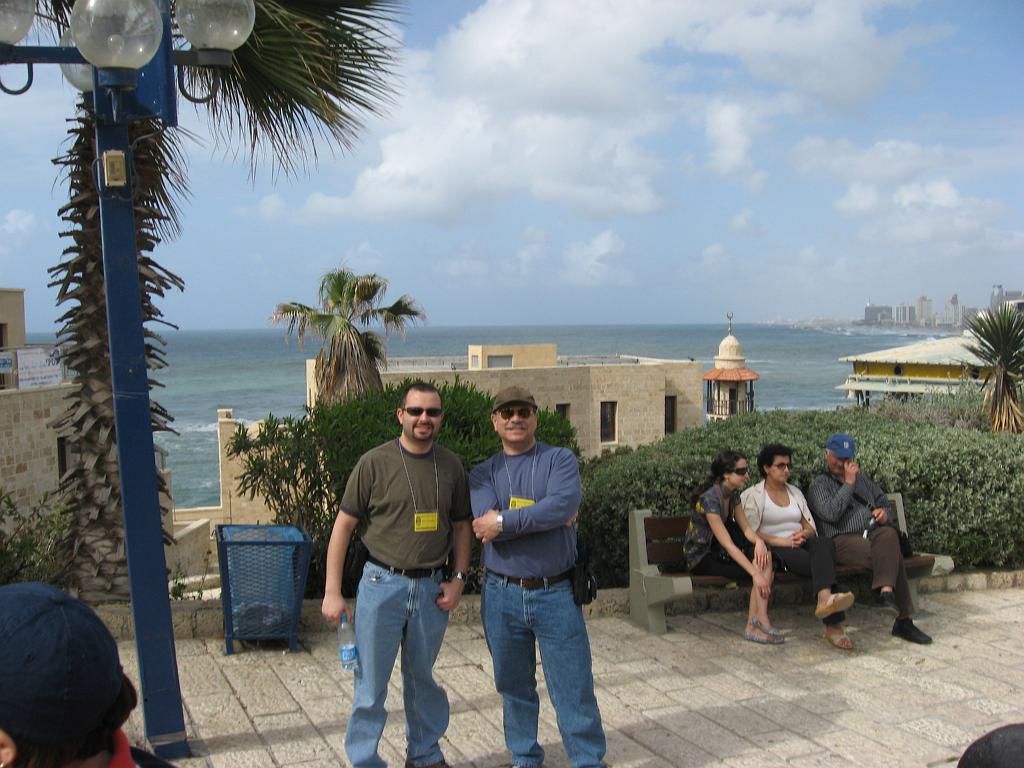 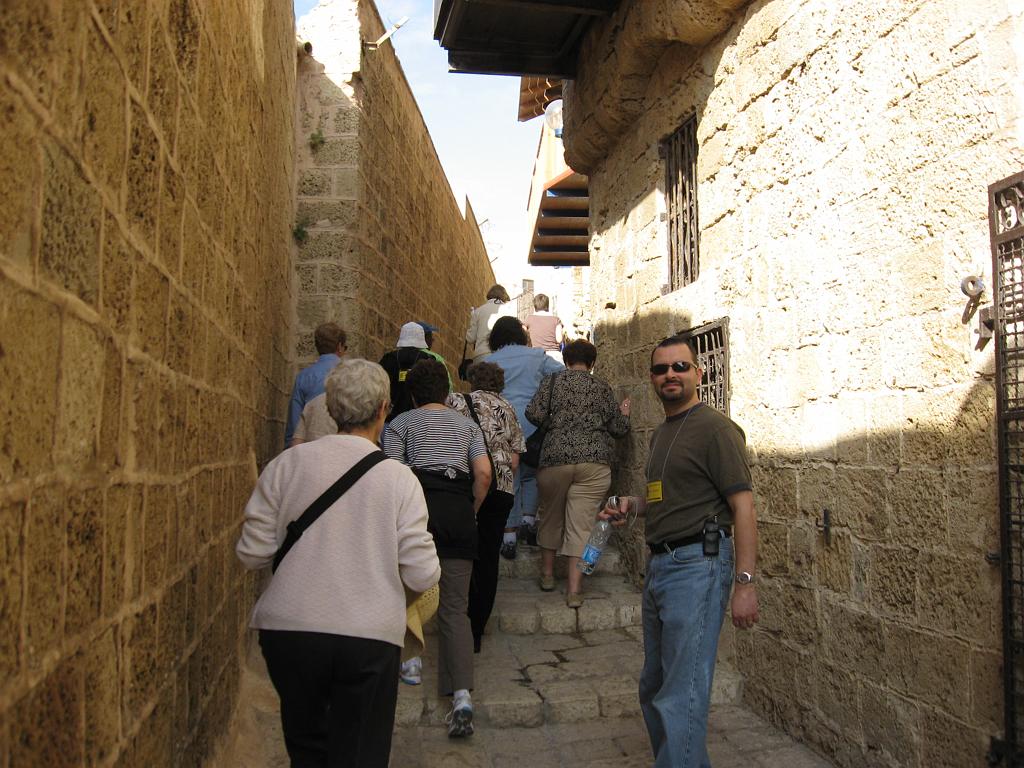 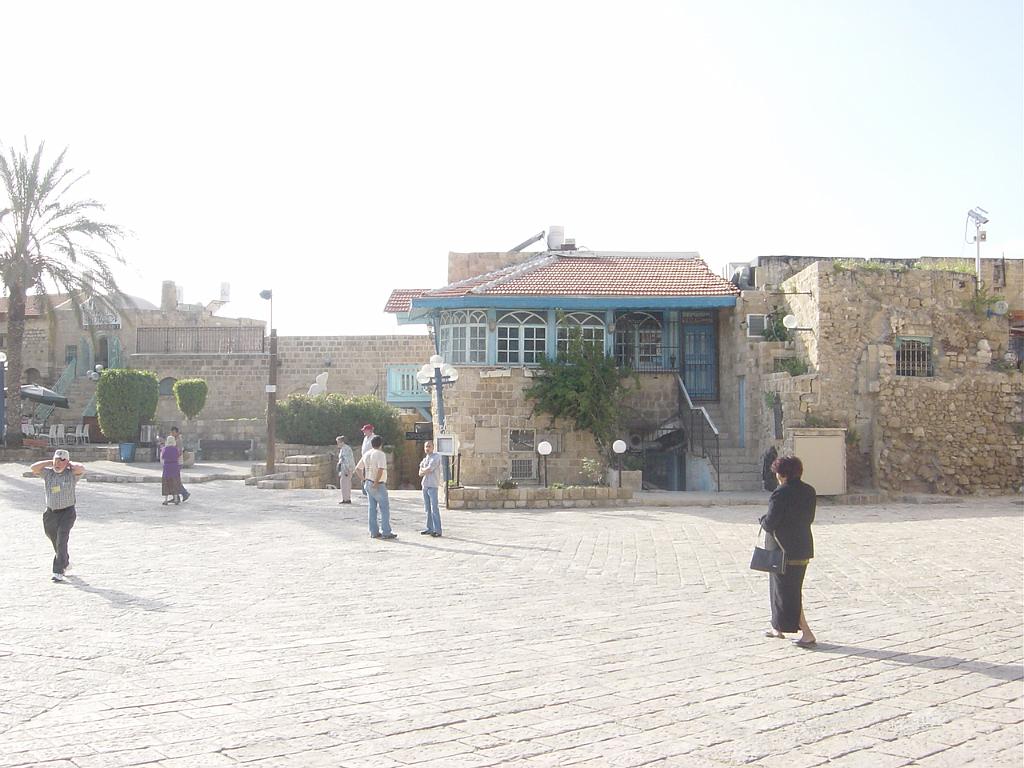 So really, the only reason that you or I can today call ourselves Christians even though we are not Jewish is because Cornelius and Peter obeyed God's call, and it all started right here in Joppa, at Peter's house. So it was special to also start our pilgrimage right here, as well.  This whole story can be found in Acts 10.  This was the first of many ways the Bible came alive for me on this trip - being able to see these places instead of just reading about them just added a whole other dimension.

Another item to note about Joppa is that this is where Jonah departed on his fateful journey, running away from God's call for him to travel to Nineveh and preach against their wickedness (Jonah 1:1-3).  Gila (who had so many interesting facts to share throughout the trip) pointed out to us that Nineveh is modern-day Basra, Iraq. 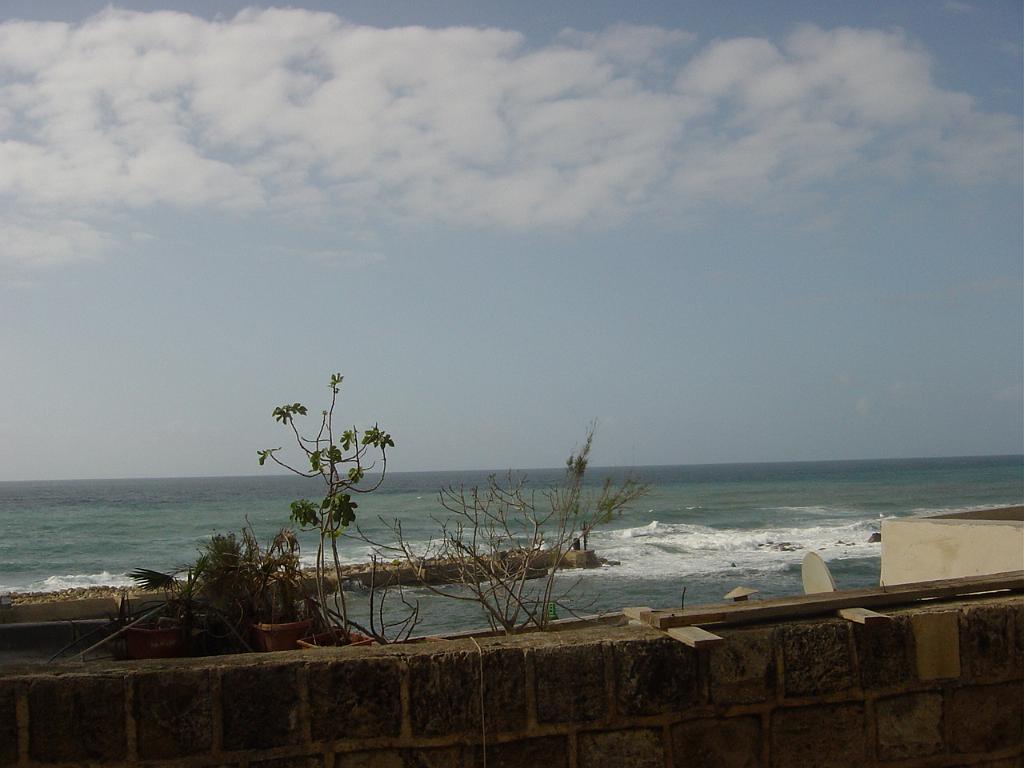 No wonder Jonah didn't want to go - we'd probably run the other direction, too. And finally, the story where Peter raised the disciple Tabitha from death also took place in Joppa (Acts 9:32-43).
In my next entry, we'll continue on the tour by following Peter from Joppa to Cesaerea, which was another of my favorite spots.