Burned on the 4th of July 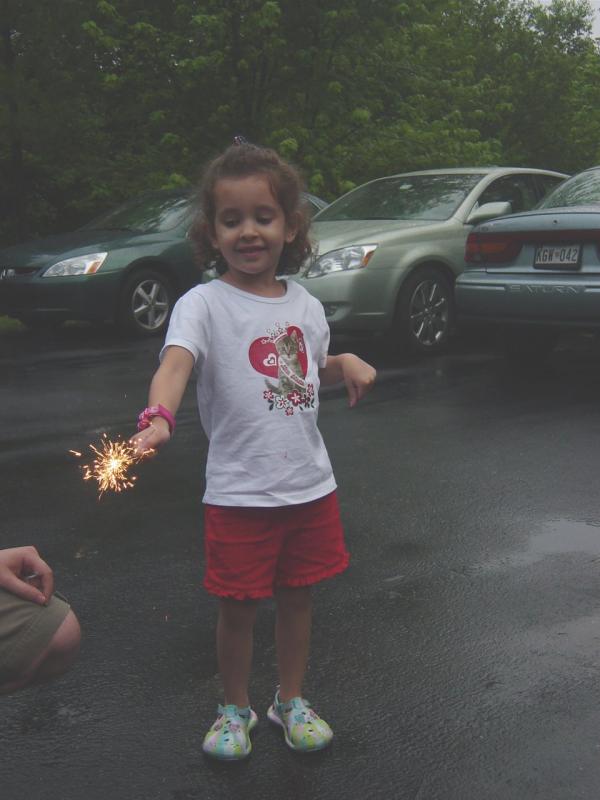 Tonight, Anna and I went to our old friends the Morris's annual 4th of July party. Beth and Cara couldn't go this time.  We love the Morris's and always look forward to their get-togethers.  This could have been the last one, though, since sadly they're planning to retire and move away to Ohio.  Life goes on.
Anyway, this year I bought a few tame fireworks to share at the party.  And the Morris's had some old hand-held sparklers lying around.  Anna really liked the little firework that I bought - just a tiny thing you set on the ground, and it shoots sparks and colors, relatively quietly, into the air for maybe 15-20 seconds.  After some "dinner" (2 bananas, but that's better than nothing) and some cake, she was ready to go see the fireworks.

We lit the sparklers first. Anna didn't want to hold one initially; just enjoyed watching.  But then she saw another 2 1/2 year old hold one, so she got the courage to hold one.  I helped her hold it, showing her to hold it away from her and watch it, and she really liked it.  When it burned out, I turned to get the disposal can, then I turned back around just in time to see her reach with her other hand to grab the portion of the sparkler that was burned out but still very hot, too late to stop her. 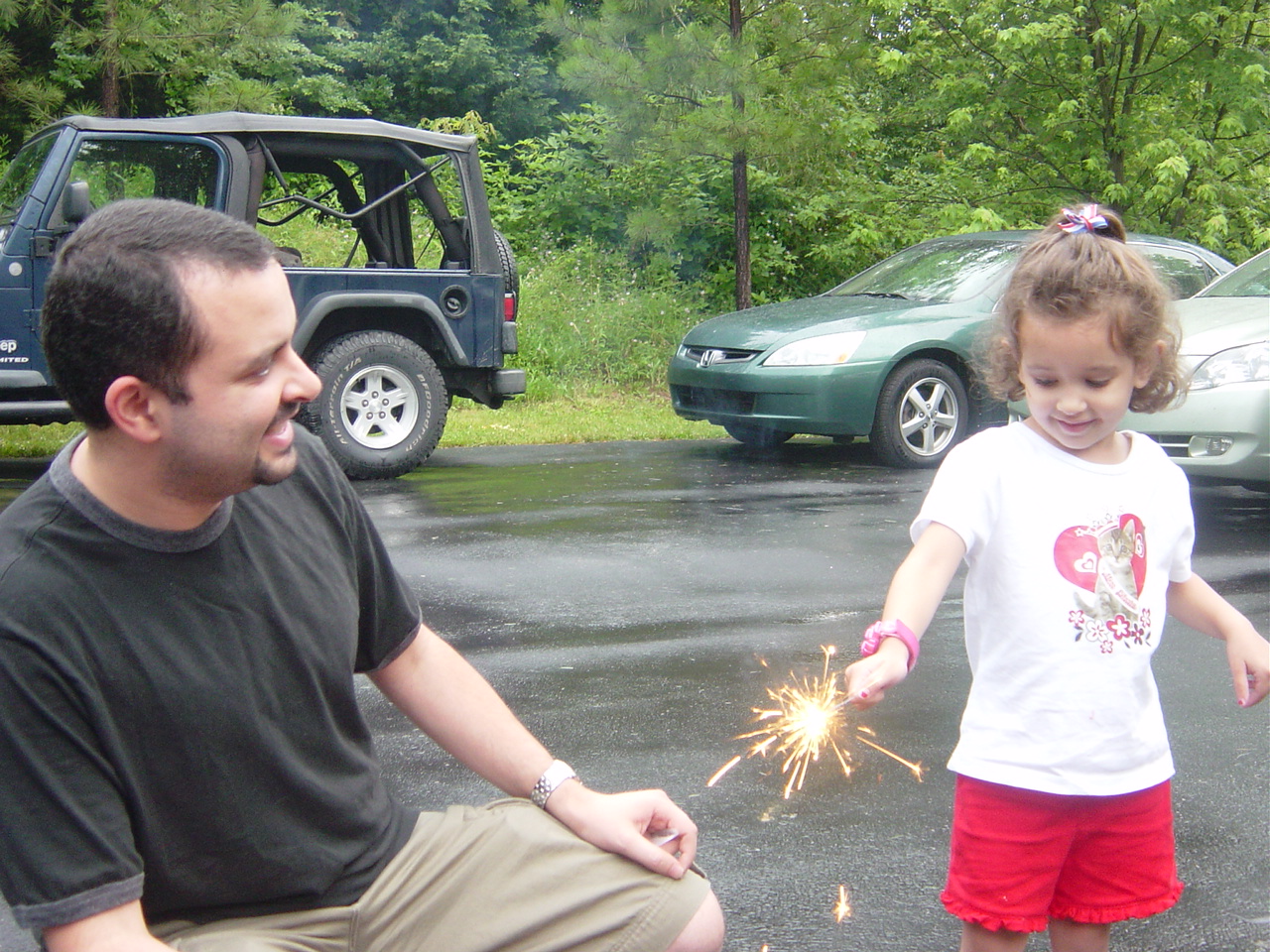 I feel really bad. I had talked her into holding one, she went out on a limb, and because I didn't think to warn her not to touch it anywhere else, in 2 short seconds she got burned.  Fortunately it was just a little blister on her finger, and holding a cold washcloth helped.  Surprisingly, she even agreed to help pass out sparklers to everybody - she just didn't want to hold another burning one.  I'm sad that her first sparkler experience ended like that, but maybe by next year she'll be willing to try again.

She did thoroughly enjoy the other fireworks I brought.  I also had two bigger ones that popped kind of loudly. John Morris held Anna as those went off.  The first one, she covered her ears and was half crying, half laughing.  Then for the 2nd one, she covered her ears, but was clearly laughing and enjoying it.  Then on the way home she excitedly pointed out fireworks in the sky - maybe next year she'll be ready to see some "real" ones at the park.
Posted by deltamike76 at 11:33 PM