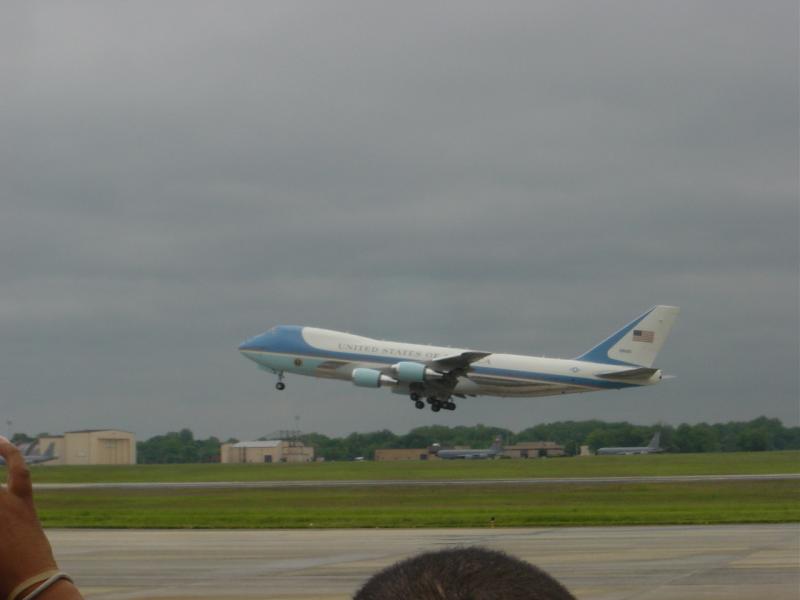 I felt like a little boy at a monster truck rally today, only I don't care about monster trucks; I went to the 2009 Joint Service Open House/Air Show at Andrews Air Force Base in Washington, DC, and anyone who knows my love for aviation will understand how exciting it must have been.  The last big air show I remember going to that featured very cool military aircraft was in Chicago.  I don't remember all the planes we saw then, but the stealth bomber and Harrier jet (the one that can hover) stick out in my memory.  But as cool as that show was, this one was even better.

I think one of the reasons was that in Chicago, everyone is basically gathered along the shoreline of Lake Michigan waiting for the planes to arrive and do their thing.  Today's event took place right on the airfield at Andrews AFB, and the first thing you saw as your shuttle (from FedEx Field) pulled in were the HUGE transport planes used by the Air Force to transport tanks & such, including a C-130 Hercules (the one where the front nose opens up).  You got to walk right up to the planes, walk inside, and talk to the pilots, and in some cases go into the cockpit. 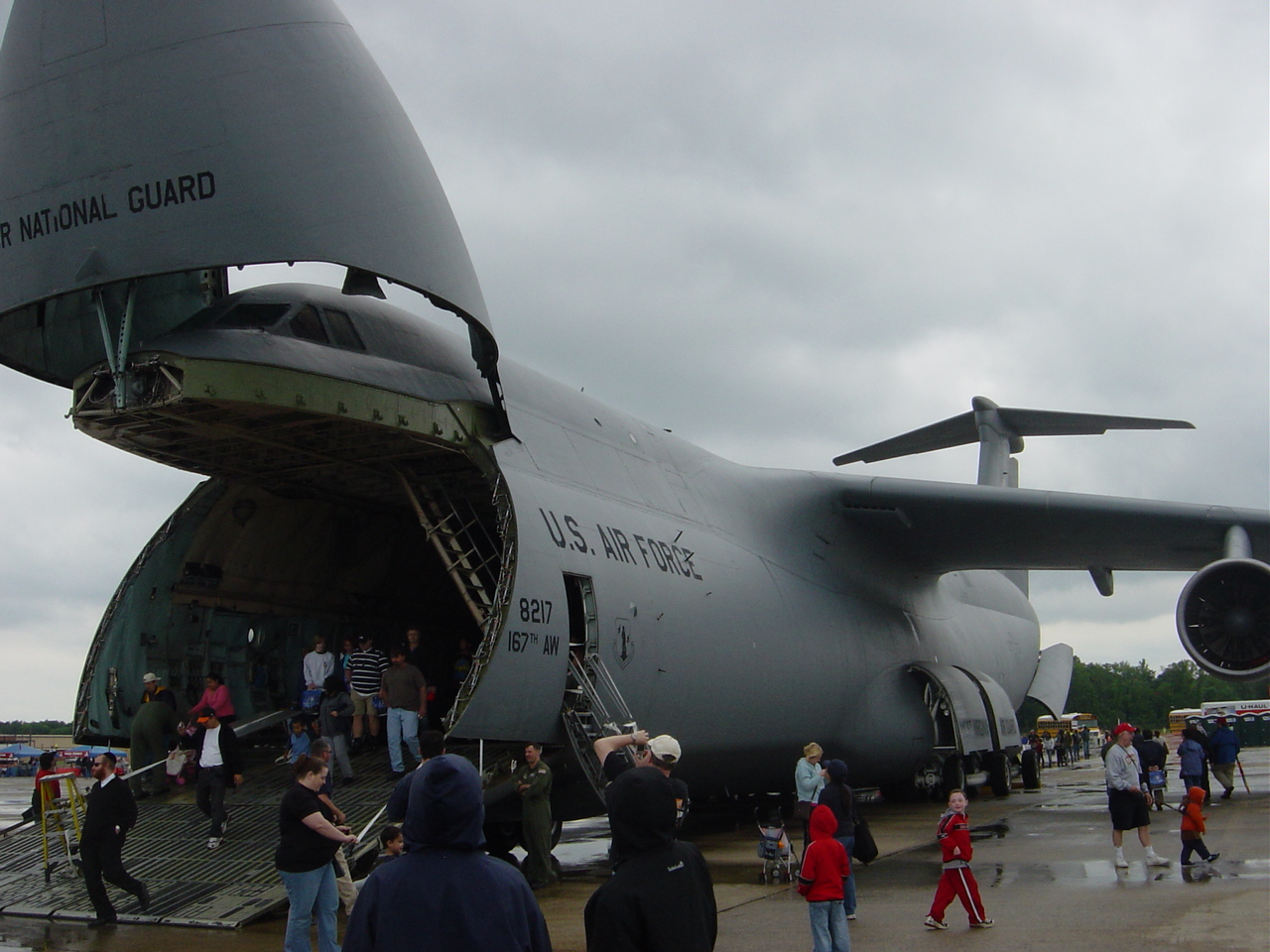 It turns out there were just tons of military aircraft parked for you to come and see and get inside.  Everything from the huge transport planes to the B-52 Stratofortress bomber to the F35 Joint Strike Fighter to Blackhawk and Apache helicopters. They even had the B-17 Flying Fortress that was used in the film Memphis Belle.

One unexpected treat that those who came today got to see was that President Obama was departing in the morning from Andrews AFB to South Bend, IN, to speak at the Notre Dame graduation ceremonies.  They announced that this was going to happen, and we saw the three Marine helicopters come in (the President is always on one of the three, but very few actually know which one, exactly).  Then he boarded Air Force One and we got to see it take off.  Very neat. 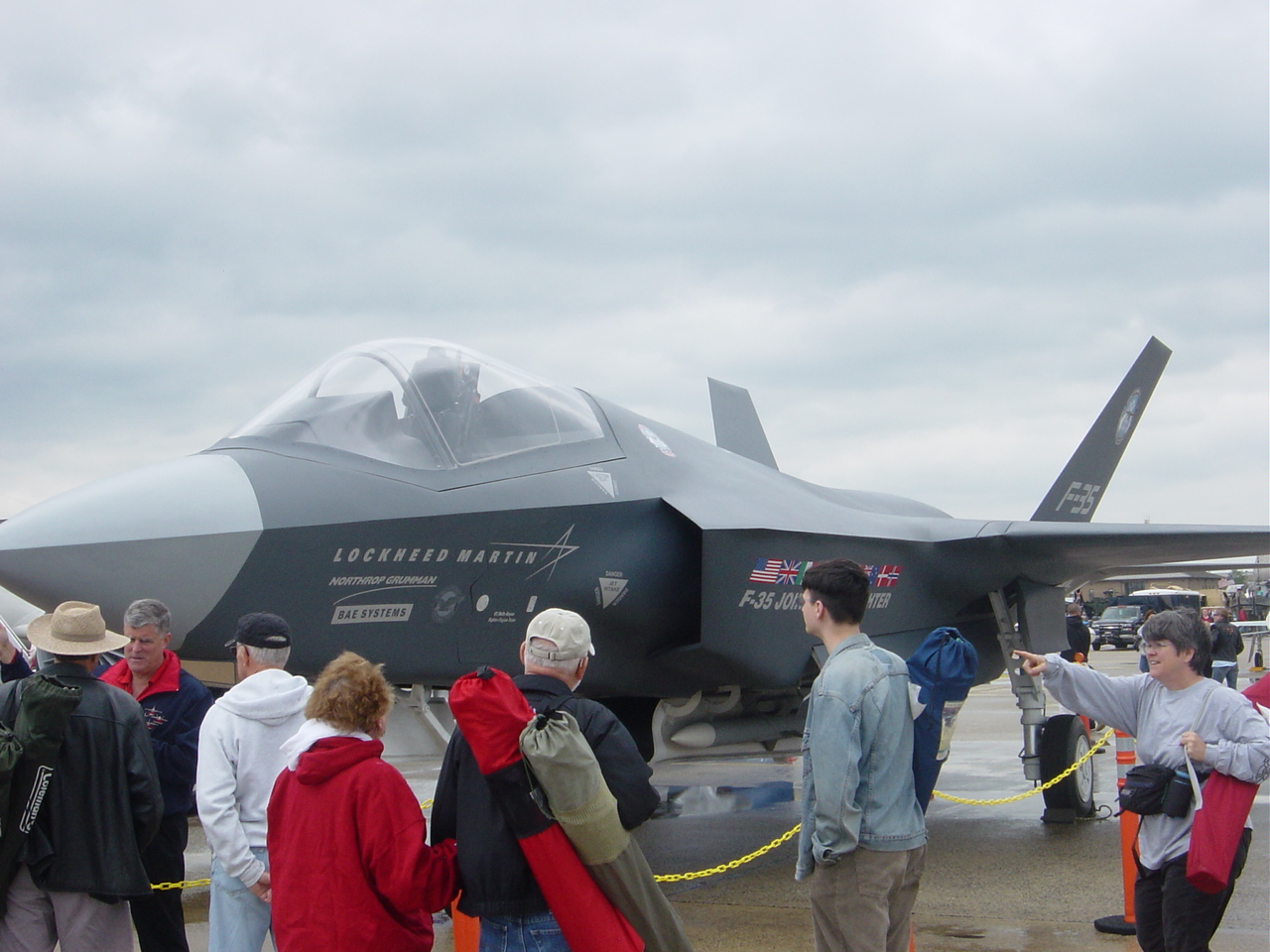 The highlights of the show were seeing an authentic Russian MiG flying, as well as the F18-F Super Hornet, the A-10 tank killer (which is surprisingly quiet), and the new F-22 Raptor.  It's simply amazing what the F-22 can do, and after seeing the demo, I can see why everyone thinks that anyone flying against this guy doesn't have a chance.  It was also fun being right on the front row at show center and watching these planes taxi right by.  Then, of course, there were the Air Force Thunderbirds, a group of six F-15's flying in formation and doing dangerous head-on maneuvers at crazy speeds.  And the helicopter that could somehow do loops and fly upside down, which should be impossible. 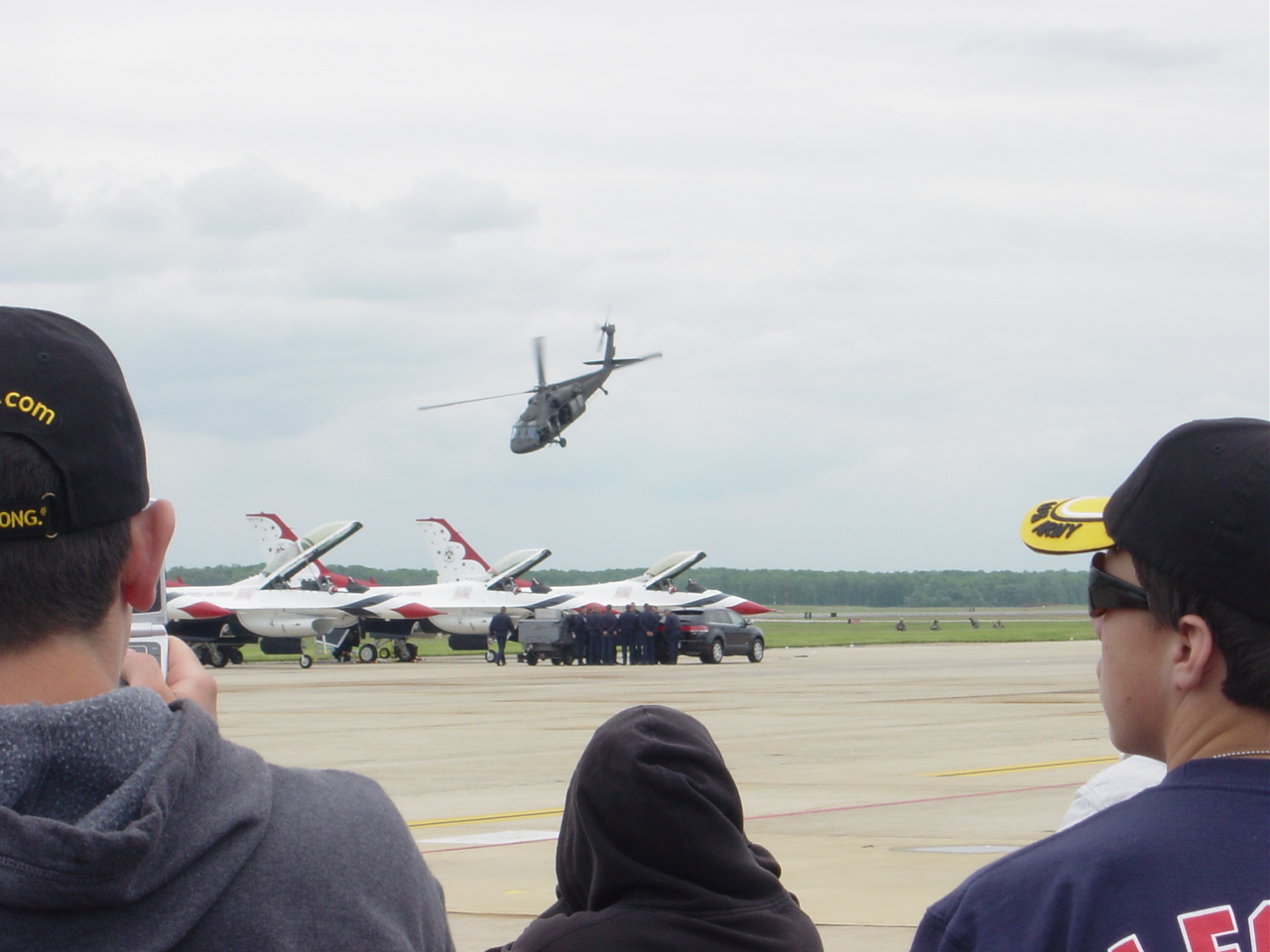 I had a crappy little camera that did no good for most of the live demo shots - I would probably need an SLR camera with good zoom to get good shots of the live action.  Plus it ran out of battery relatively quickly, so I didn't get any shots of the A-10, P-51, or the F-15s flying around.  But I did get a bunch of shots from the many aircraft we were able to explore and a couple short videos of some of the live stuff.  They're in our photo gallery under Day-to-Day, 2009 Spring, Andrews AFB Airshow, and also on my Facebook page.
What little boy wouldn't get excited to climb into planes you only see in the movies or on TV, or to watch a jet zoom by silently only to be followed a couple seconds later by its sound, or have his eardrums blown out by the intense crackling and bright glow of full-on afterburners zooming by again and again, or watch a jet zoom by just under Mach 1 only to abruptly go vertical and shoot 2 miles straight up into the sky?  The answer is no little boy would not get excited by that, and this little boy/pilot had BIG fun today in aviation heaven.
Posted by deltamike76 at 9:25 PM