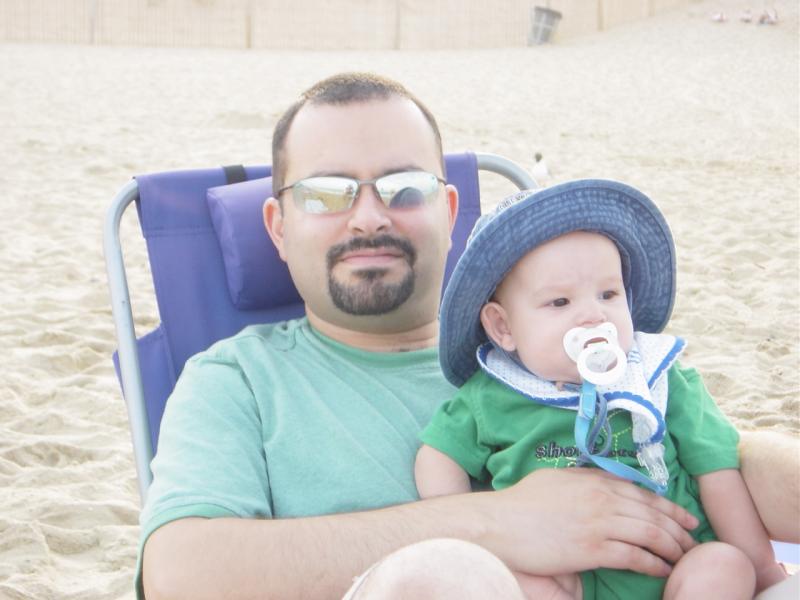 This week Beth & I surprised the kids with a trip to the beach.  We took them to Bethany Beach, DE and stayed in a nice bed & breakfast called The Cedar Breeze.  They had a 2-room suite which worked out great, and they were nice enough to make extra pancakes for the girls to have at breakfast on the 2nd day.  They provided beach towels, chairs, and umbrellas, so we were able to pack lighter.  Very nice place to stay - we recommend it!

The girls really liked seeing the Chesapeake Bay as we crossed the bay bridge.  Although as we were going higher and higher, Anna asked me to get to the other side because she was scared.  It reminded me of when we lived in Florida in the early 80's - I remember crossing a very tall bridge over Tampa Bay, and you could look down through the road.  Plus one of the two spans clearly had collapsed, so that didn't help (I was excited to have recently been watching a show on the History Channel, maybe called Engineering Disasters or something, that actually had a segment about what had happened; I never actually knew till then). 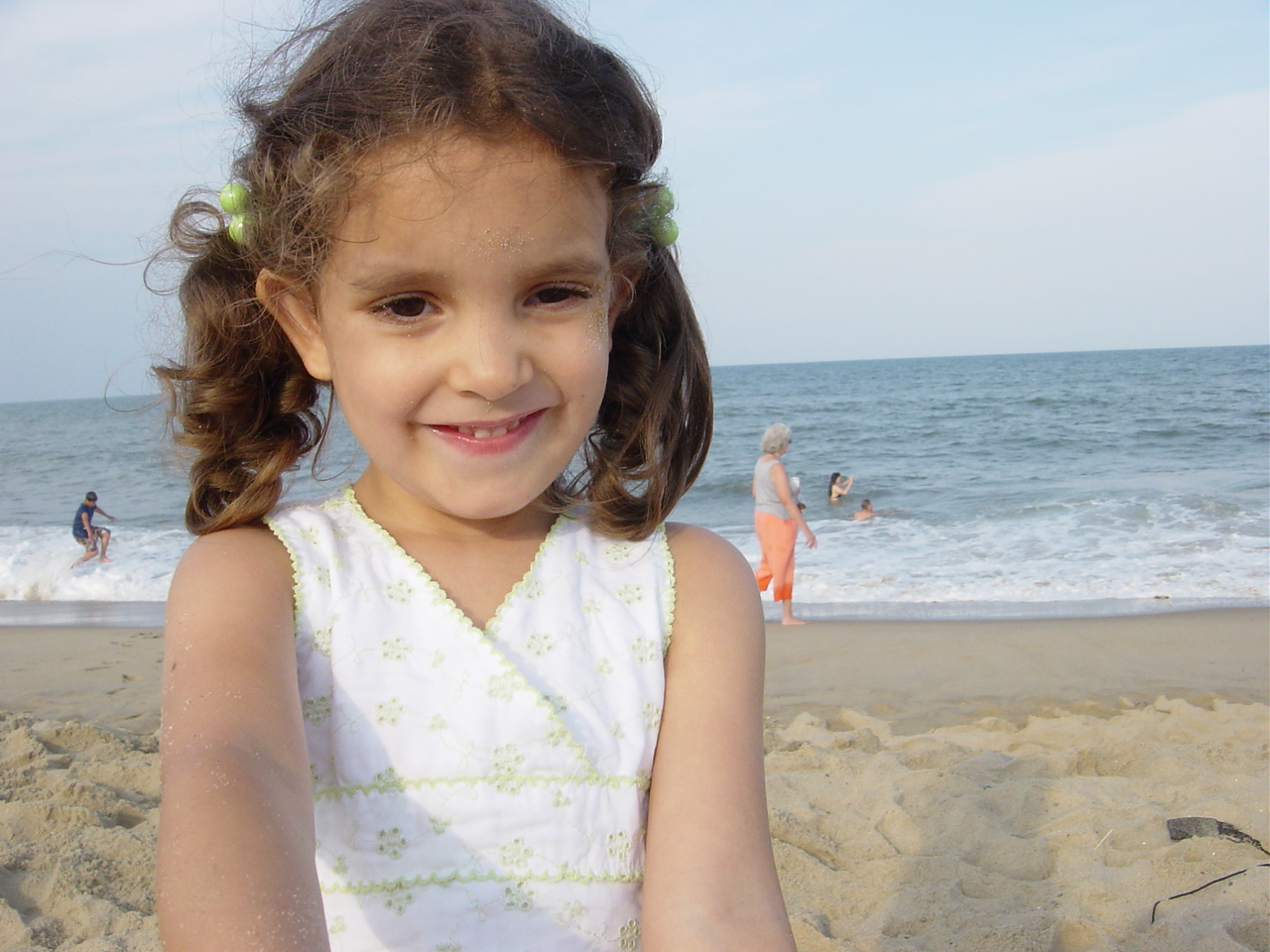 Anyway, the last time we had gone to the beach was when Kylie was visiting - she was 6 at the time, and she was scared of the waves, which, to be fair, were bigger than her, and they were even knocking me around.  This time, she enjoyed playing in the waves, and the bay bridge wasn't as big as she remembered (kind of like how huge the Christmas tree seemed when we were little, but now it's so disappointing to realize it wasn't as magnificent as you remember). 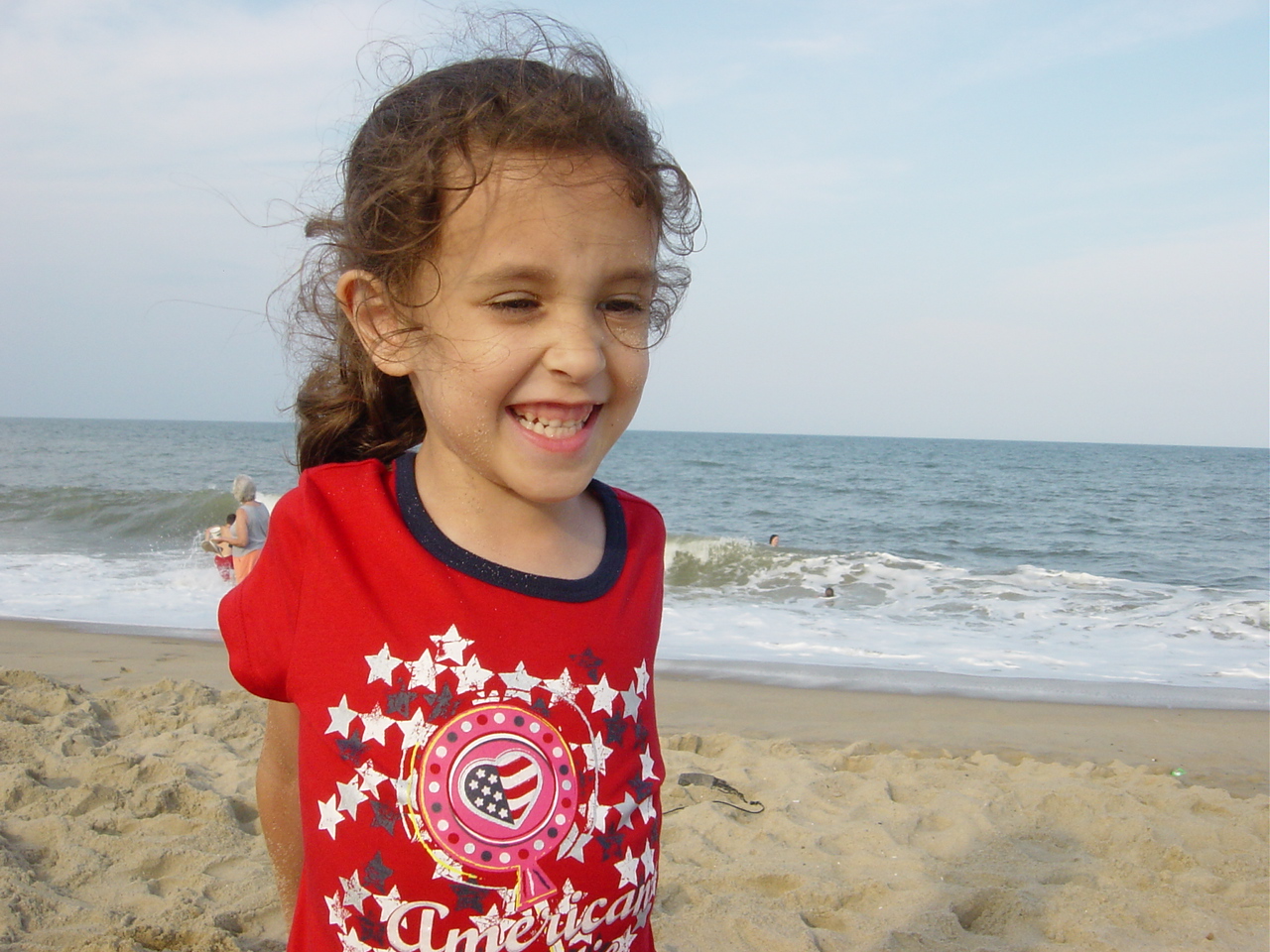 When we went to the beach the first evening, we walked the girls right up to where you could see the waves crashing.  They took a little getting used to all the sand in their feet at first.  And when we saw the ocean, Anna was a bit scared and covered her ears.  Cara was fine, and Anna was fine after I explained the ocean would stay over there.  The girls had big fun playing in the biggest sandbox ever. 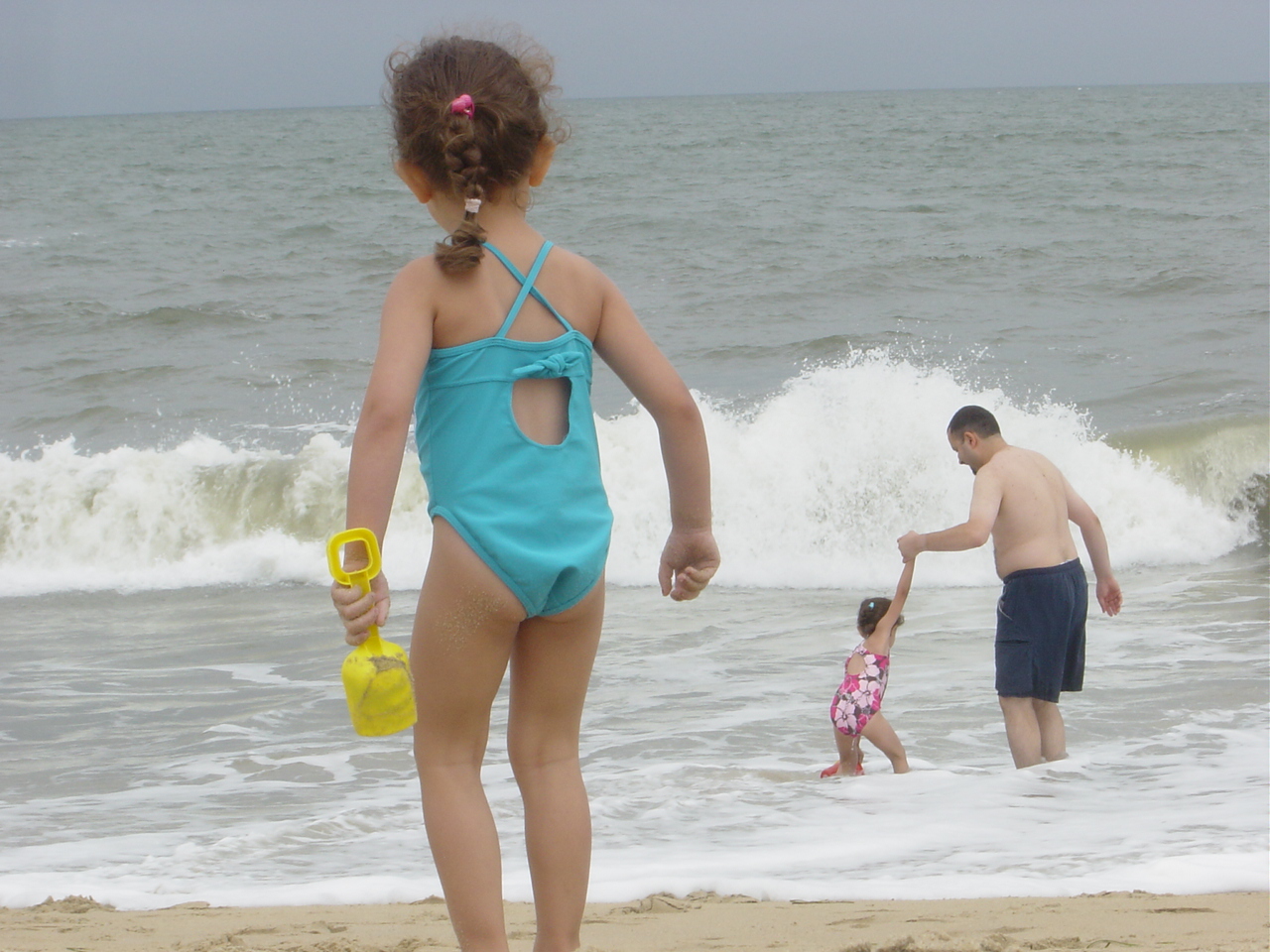 We saved going into the water for the next day.  For most of the day, Cara was content just playing in the sand and didn't want to venture near the water.  Anna was over her fear of the waves and wanted to walk into the water as long as I would hold her hand.  She laughed, screamed (with delight), and giggled when the water would rush over her feet and legs, then would quickly retreat, washing sand over her feet.  Cara eventually came down to the water, too, and also had big fun, until a big wave proved to be too much for her after sweeping her off her feet.  Then she was content to just play in the sand nearby.  The weather was cloudy and only about 80 degrees, so it was a little cool, but it didn't matter.  The girls insisted they weren't cold and wanted to stay more even though their hands and lips were purple.


It was a short trip, and the girls are ready to go back to the ocean.  On the way home, their stuffed animals were talking about going on a surprise trip.  Pics are on my Facebook page or in the picture gallery under Vacations and Trips -> 2009 Bethany Beach.  Maybe next year we'll try staying for a week. 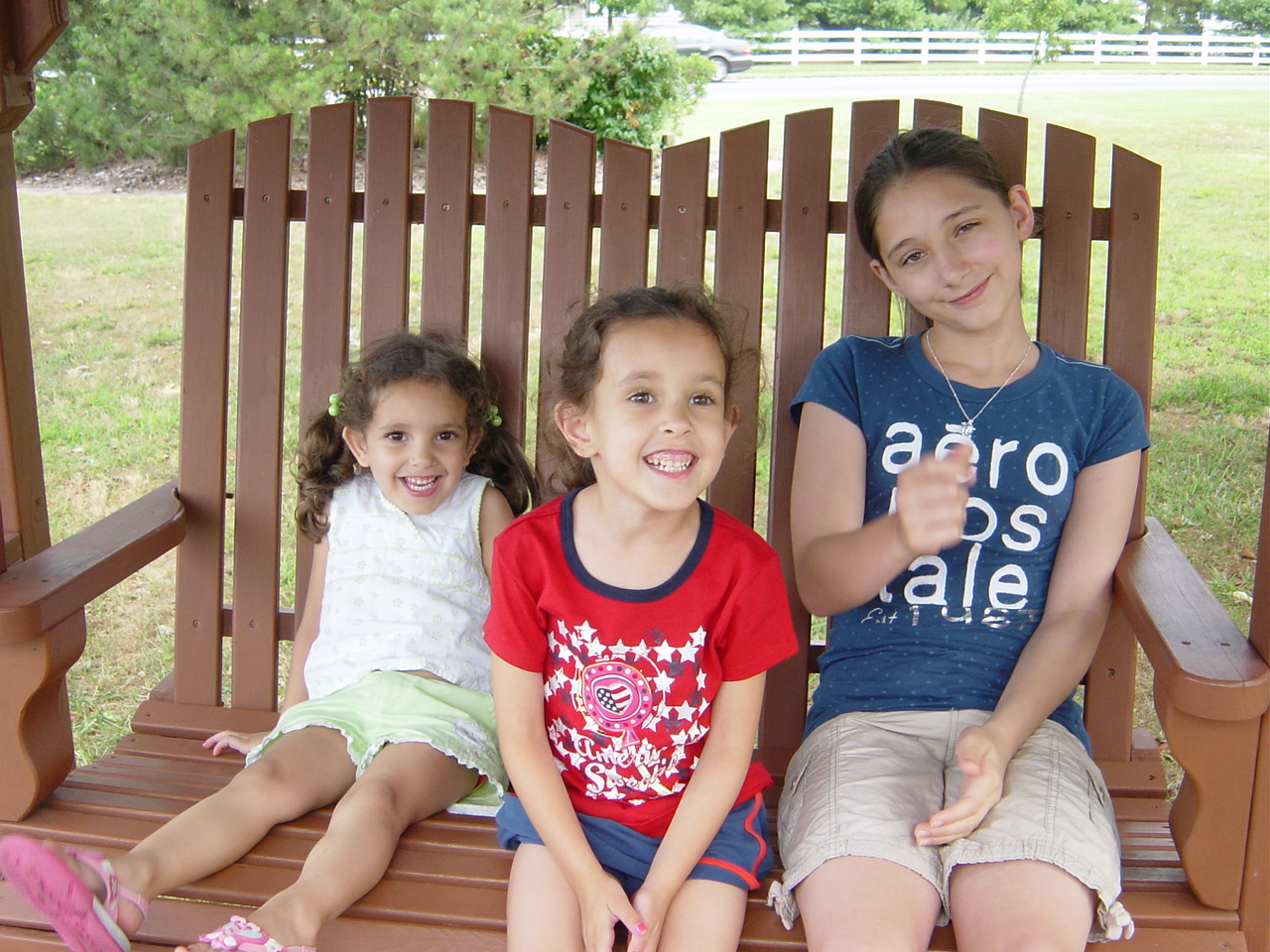