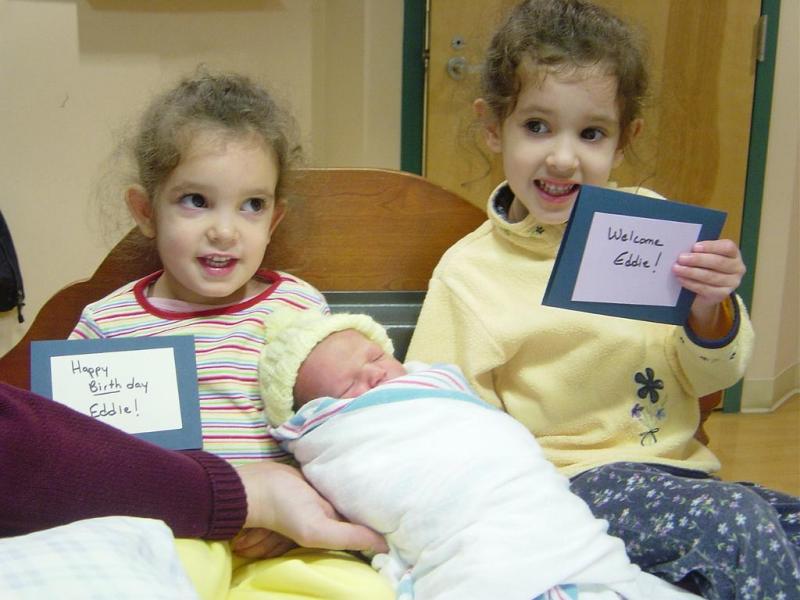 Well, as life's gotten busier I've been very bad keeping this blog updated, but Cara said something today we had to put into the blog and not lose, so I'll catch up on a couple anecdotes.  Today was Palm Sunday, so Anna was telling us what she learned in Sunday School, about all the people shouting "Hosanna, Hosanna!"  Cara added that they also shouted, "HoseCara! HoseCara!"

The other day there was a spider on the floor, and when I got home Cara kept telling me about the "speeder" in the other room and how they need to just look at the "speeder" and don't touch the "speeder."  I ended up putting the "speeder" down the toilet.

Anna is a very good helper with Eddie.  She loves being the mommy.  It's apparent when she's talking, though, that she believes that one day she'll grow big enough to be the real mommy, and by that time, mommy and daddy will have shrunk down to be the babies that need to be taken care of.

Anna and Cara really like fried rice, just like daddy, so I get two boxes now everytime.  After I give everyone rice from the first box, and start to get seconds, Anna clearly gets nervous.  "Don't take too much from the box, daddy!"  But if I ask if she's afraid it will be all gone, she assures me she's not afraid of that.  But then she'll need to make sure that there's another box in the bag.  But don't worry, she's cool, nothing to worry about.