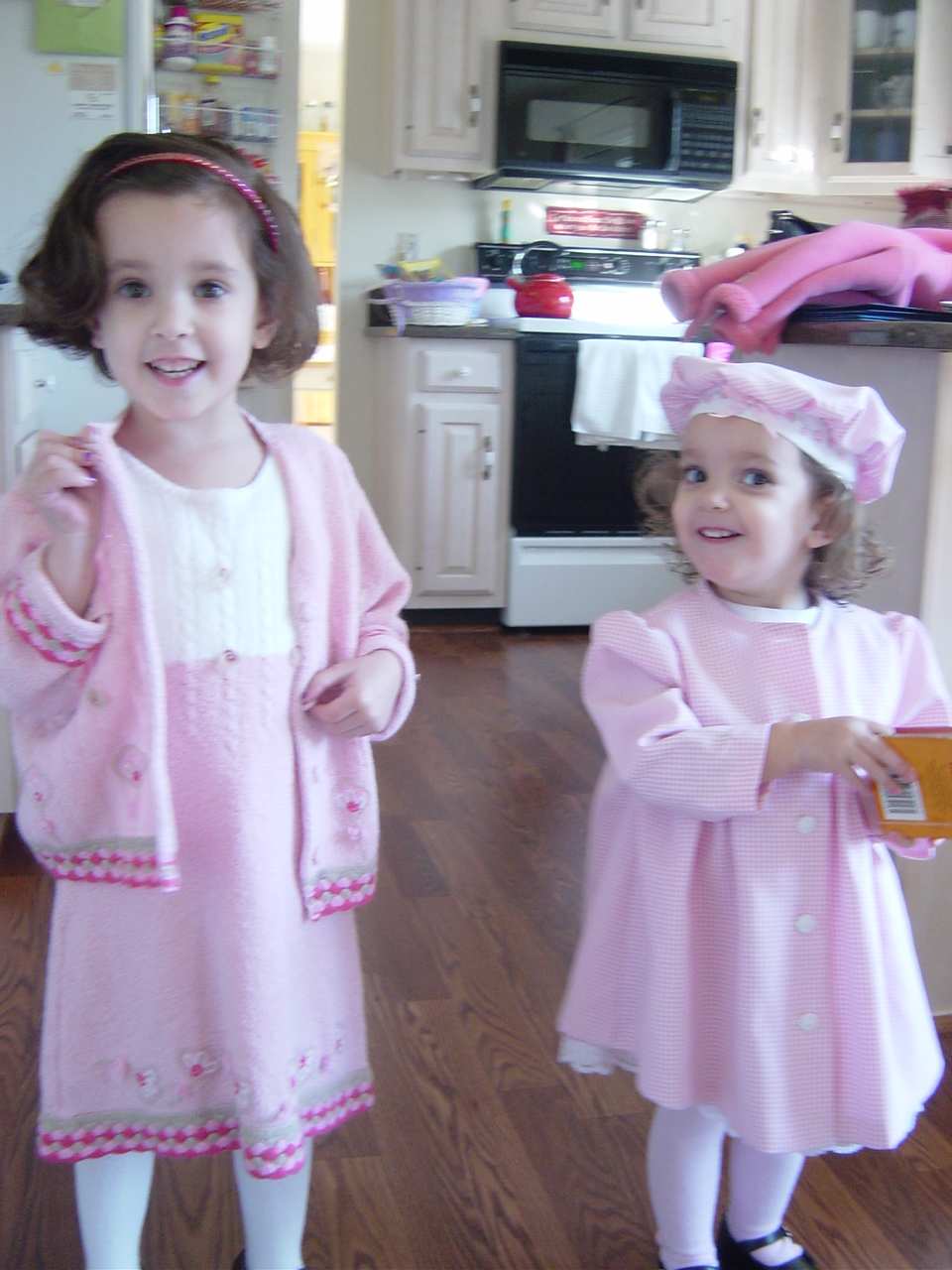 On the show Mickey Mouse Clubhouse, there's a thing called "toodles" that always provides the gang with four "mouse-ka-tools" that they use to solve a particular problem or get out of a jam.  To get their mouse-ka-tools, they always have to say "Oh, Toodles!"  For example, if Mickey had to reach something way up high, they'd yell "Oh, Toodles!" and toodles would come along, and Mickey would ask you which mouse-ka-tool would help him reach whatever.

Recently I was playing with the girls outside.  They like to have me take their ball and kick it really high in the air, then they chase it.  One time I kicked Anna's ball and it got caught in a tree.  As I was thinking of how to get it down, Anna yelled, "Oh, Toodles!"  So we pretended Toodles came along, and I got a pole from the garage and was able to get the ball down.  Then Cara yelled, "Oh toe-does!"  Anna quickly corrected her with, "No!  We don't need Toodles anymore!"

Now they like to take turns doing this, where one will say "Oh Toodles!" (or Toe-Does in Cara's case), and the other one will say, "No, we don't need Toodles!" Then they both have a good laugh.
Posted by deltamike76 at 6:30 PM