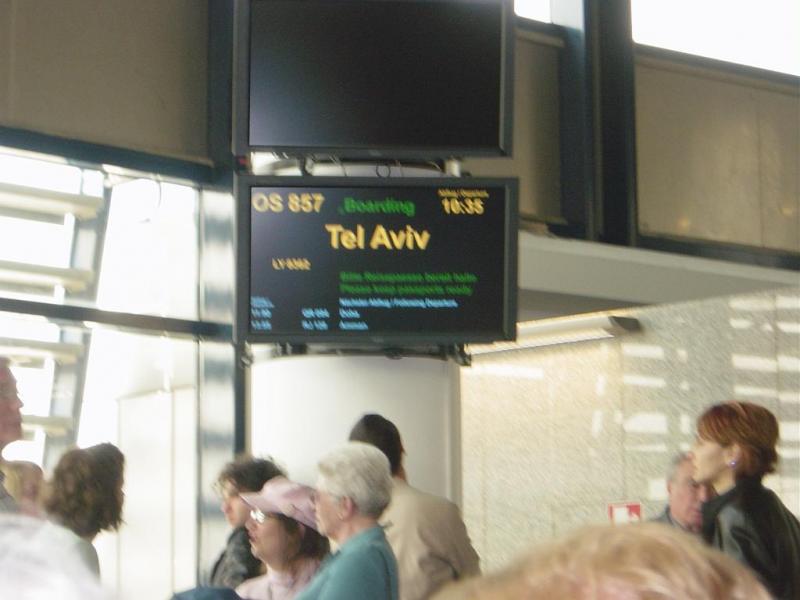 Well, I've finally gathered enough energy and time to sit down and try to start writing about The National Christian Choir's tour to Israel that dad and I participated in a few weeks ago.  I called this "Part 1" because I'm sure it will take a few entries to talk about the whole trip.  How many parts will there be?  I don't know - depends how much I write and how interrupted I get, I guess.  As many as it takes to tell you about the whole trip.  I'll include pictures with my stories, but remember that all the pictures and videos from the trip are already up in the photo gallery, under Vacations and Trips, 2008 Israel.

If you're wondering what took me so long to start writing, some kind of nasty bug had been making the rounds in our group of 300 the whole trip.  I managed to avoid catching it until literally the very last afternoon, just in time for our short 4-hour night before being awake for over 24 hours as we made our way home.  It took two weeks for me to get over whatever that was.  It was a nasty bug. 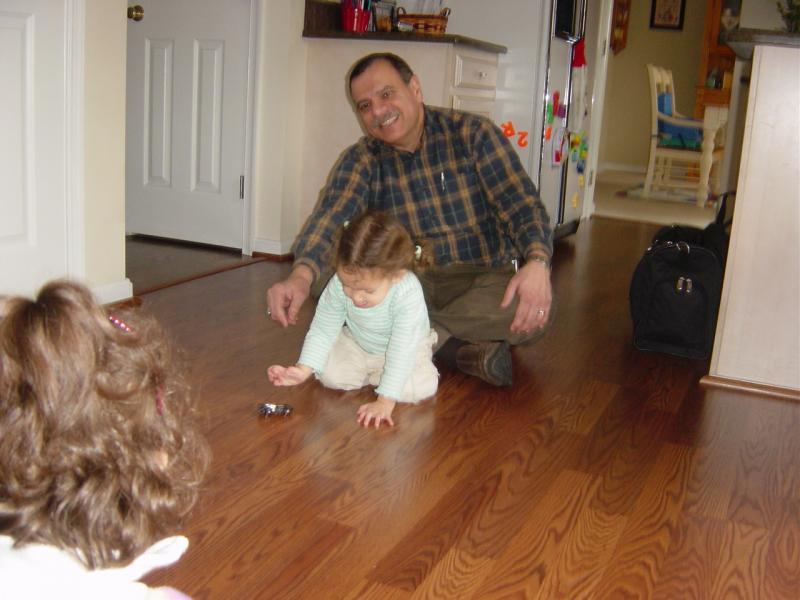 Dad flew in and stayed at our place a couple days before the trip.  The girls were excited that "Lelo" (short for "abuelo") was coming for a short visit.  He amazed them with spinning things on the floor, but even Lelo could not convince Anna to eat her dinner.

Dad & I started our trip around 2:45pm on 3/24.  We were flying Austrian Airlines out of Dulles International Airport.  Neither dad nor I had ever traveled overseas before (not counting Carribean destinations).  It was the first time I ever used my passport.  We didn't know what to expect.  We did have to get there plenty early - 3 hours ahead of the flight. 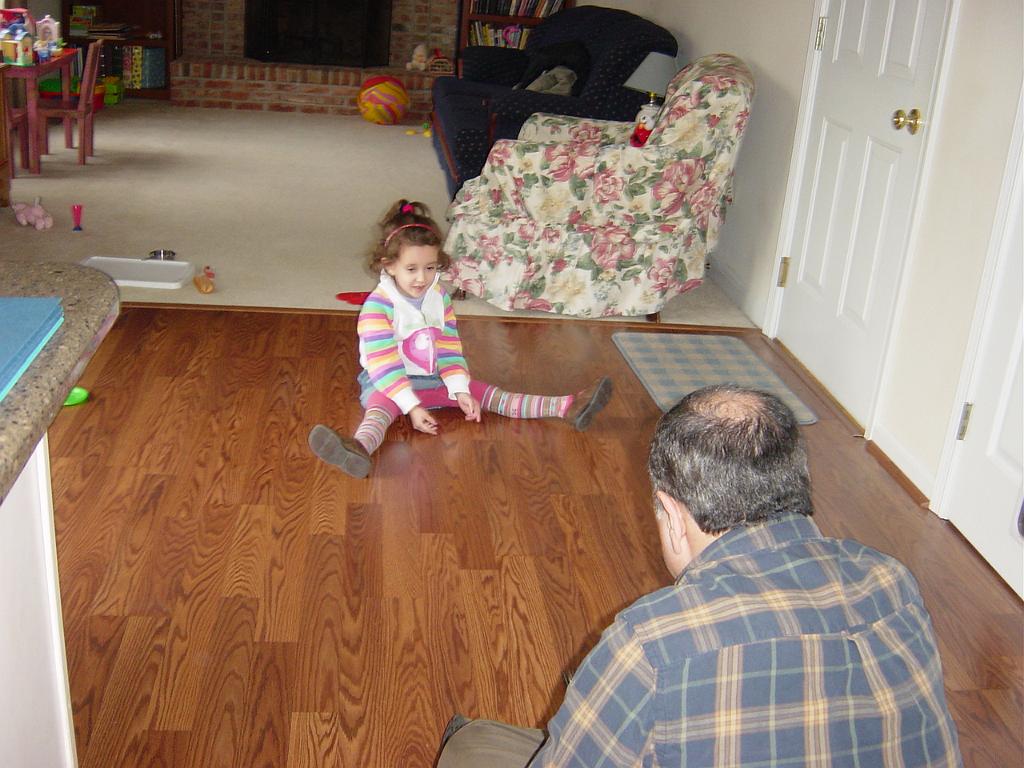 Not much to tell at this point - we waited a long time, then got on a plane.  It was nice (for me, anyway) to see so many familiar faces from choir. And we met a few of our guests at the airport as well, as everyone, wherever in the country they were joining us from, was leaving from Dulles around the same time.  Our group took a large chunk of three different flights.

I didn't get any pictures of it, but the Austrian Airlines aircraft was… colorful.  The attendants were all dressed in deep red everything from top to bottom.  The seats were all a horrid teal color, and each seat had some kind of detachable cloth on the headrest, and all these cloths were bright yellow, bright red, or white.  I don't know, the plane's color scheme just kind of screamed at you, "Hey, we're going to EUROPE!!" 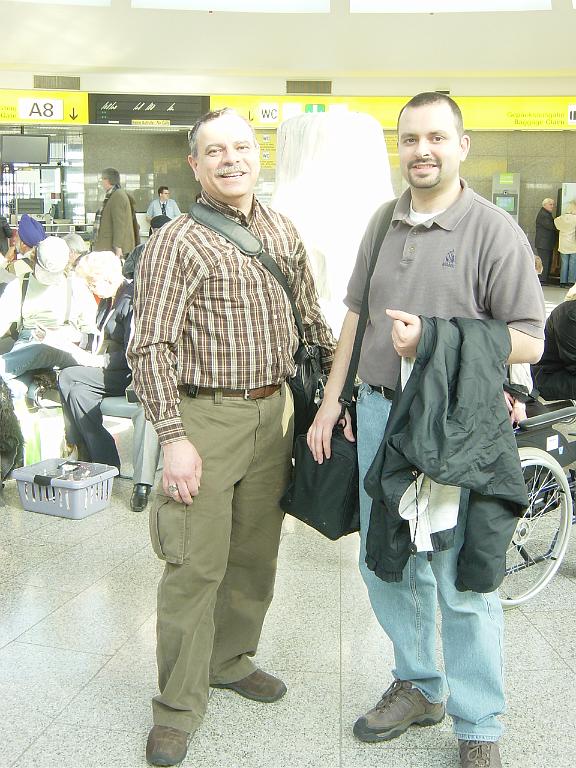 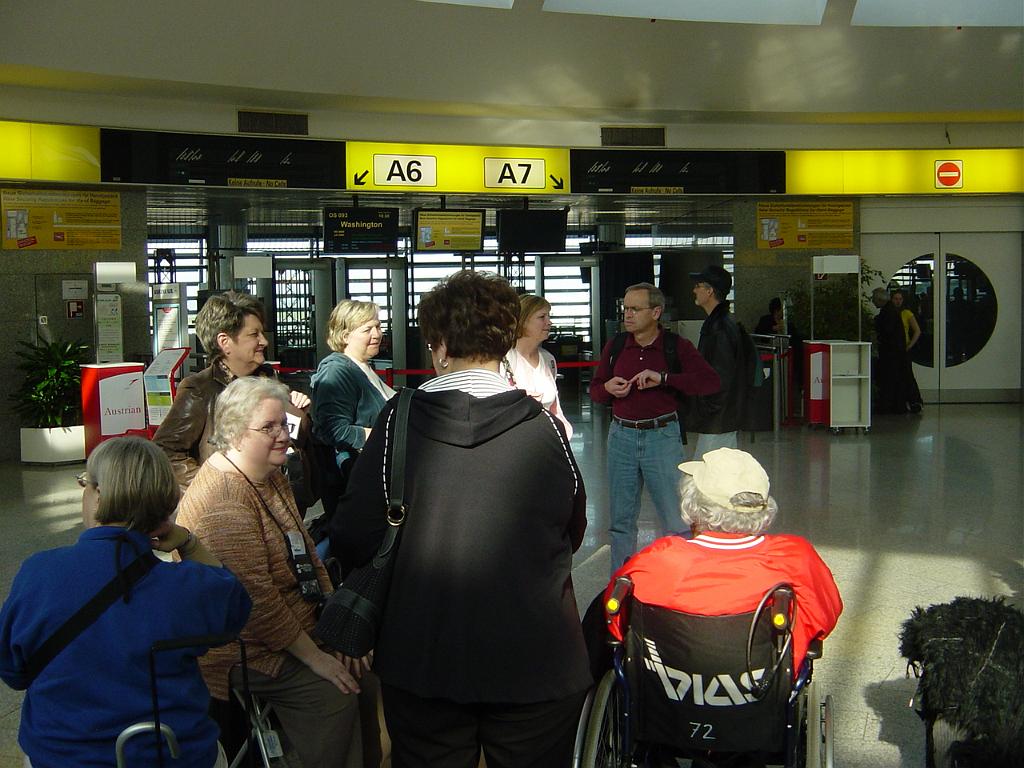 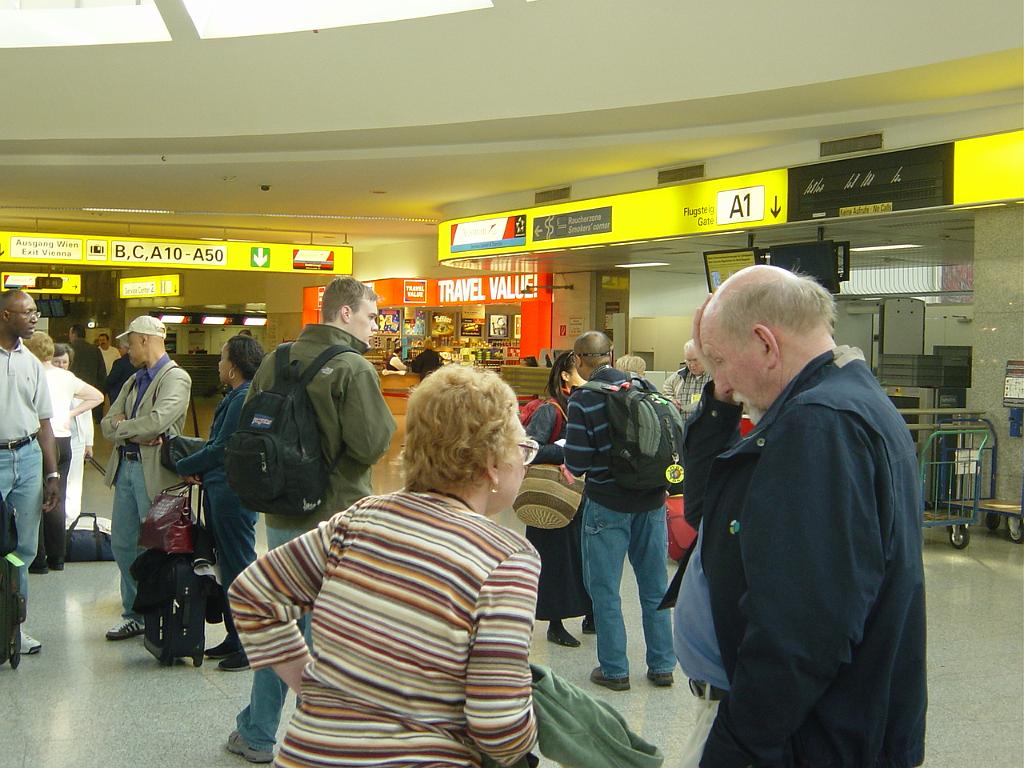 After a very cramped, very long flight (around 9 hours, I think), we landed in Vienna.  It was strange seeing the sun both set and rise on the same flight.  Austria was very picturesque.  The landscape almost seemed fake - like all the green fields were painted on the ground.  The airport design seemed pretty inefficient to me - there was one small circular area where all the international gates were, and we had to go through security again for our connecting flight.  Interestingly, we did not have to take off our shoes like you do in the U.S.  But we did have to take off our belts!

We took another 3.5 hour flight from Vienna to Tel Aviv.  I mentioned in a previous post that dad & I sat next to a friendly Israeli musician coming home from a tour.  He was very interested in any news we had on the elections in the U.S., as were many of the Israelis that we talked to on the trip.  He was glad that we'd be able to see for ourselves how safe Israel actually is, in contrast to how it's portrayed in the media. I panicked for a second when he said the temperatures were supposed to be approaching 40 degrees, since I had only packed mostly short sleeve shirts. Fortunately, it turned out that he was talking in Celsius.  Whew.  The weather was pretty much perfect during our whole trip - very comfortable, and no rain. 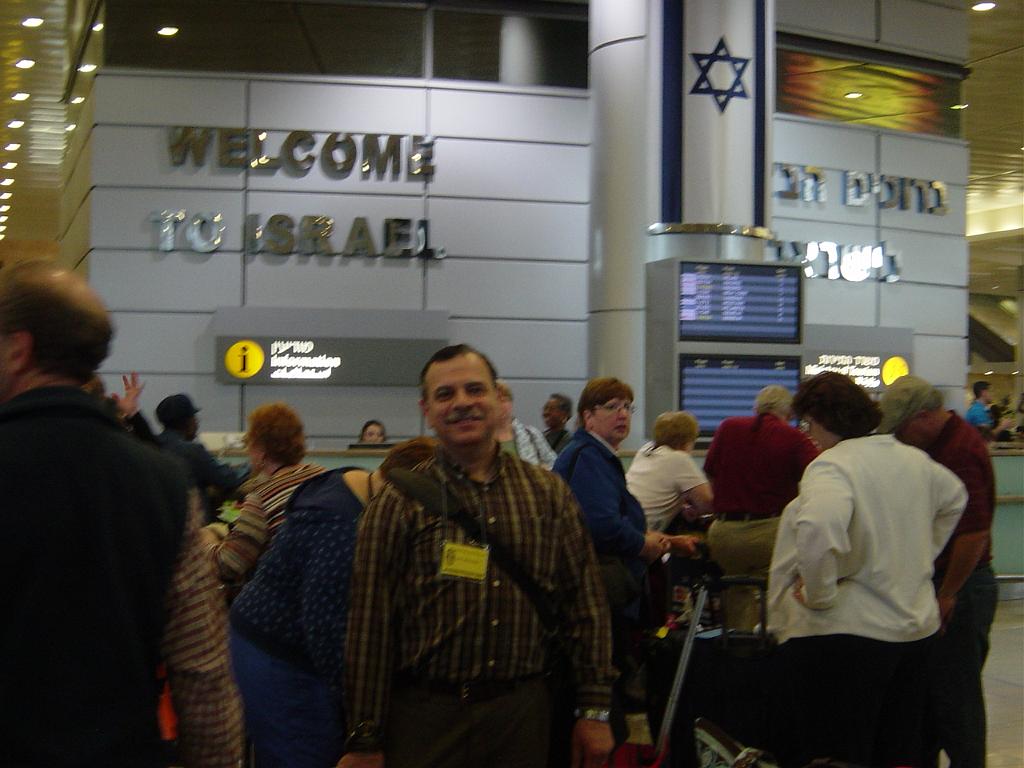 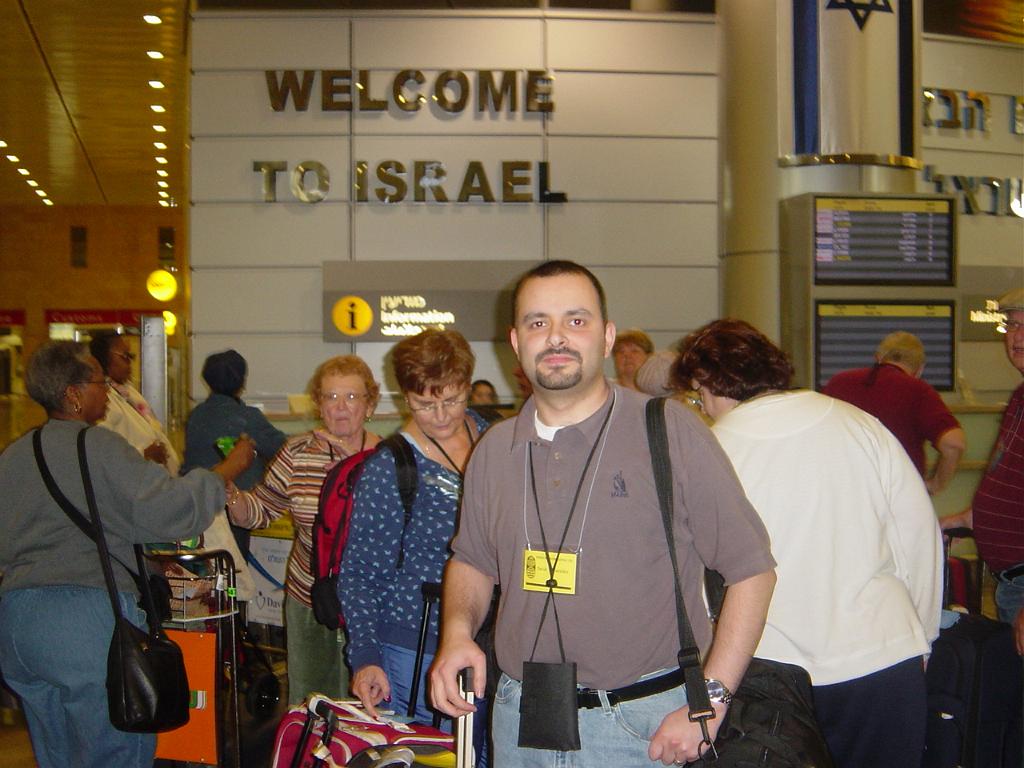 As we were circling around to land in Tel Aviv, I was looking at the landscape.  It seemed very hilly everywhere.  The hills were green, and were spotted with lots and lots of rocks.  I saw the Dead Sea in the distance, but it was quite hazy when we arrived, which I think was around 3pm local time.  Passport control was uneventful.  But here we were, finally! 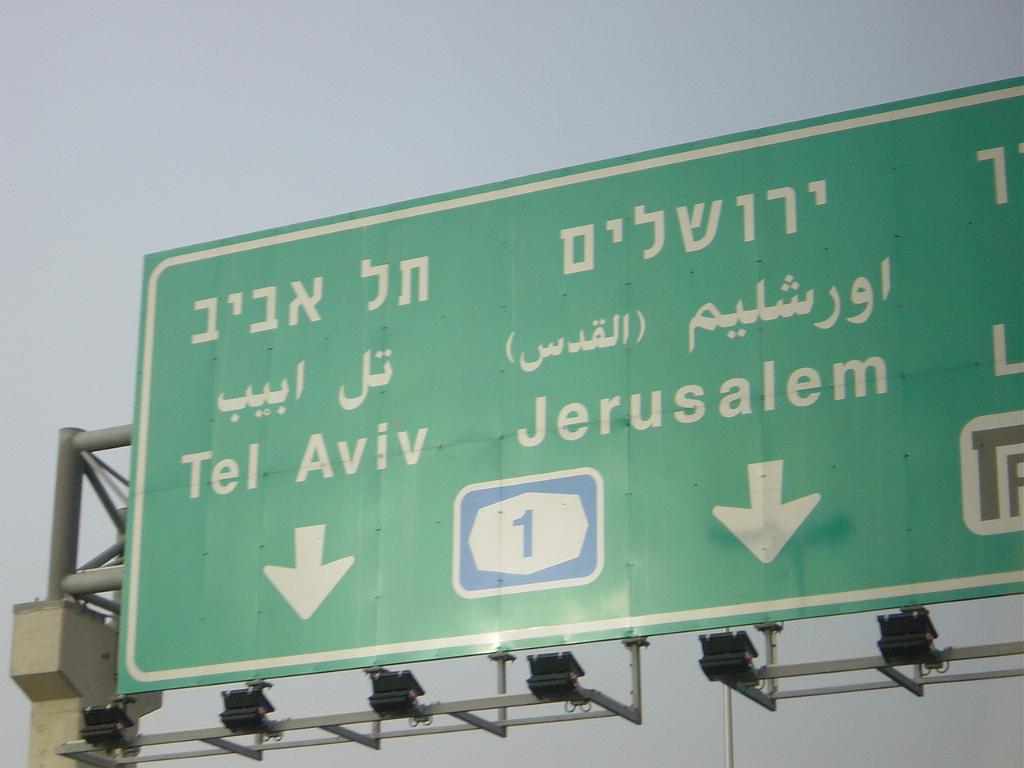 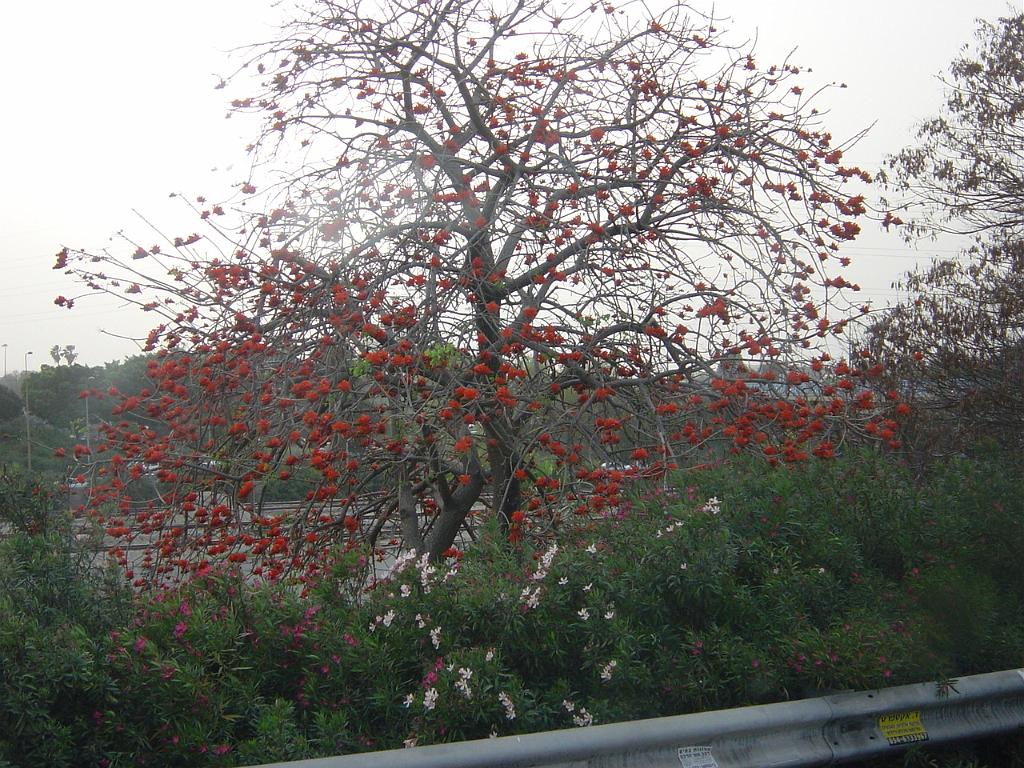 As we rode the bus to our hotel, I was just looking around and taking in anything that stood out to me.  I noticed a lot of palm trees, to my surprise.  I guess I wasn't expecting them.  Turns out these were date palms, not coconut palms like in the Carribean. Dates are a big crop in Israel. There were also a lot of different kinds of trees, too - tall, skinny ones, olive trees everywhere, evergreens, umbrella trees, other kinds I hadn't seen before.  I also noticed the street signs - they always had English on them, but then they also had at least two other languages for everything as well: Hebrew and Arabic, I assume.

Well, that gets us to Tel Aviv, where I'll pick up next time.  There's a storm that's waking up the girls from their nap.  Yay!

Click here to go directly to Part 2 of the story.