Anecdote of the day 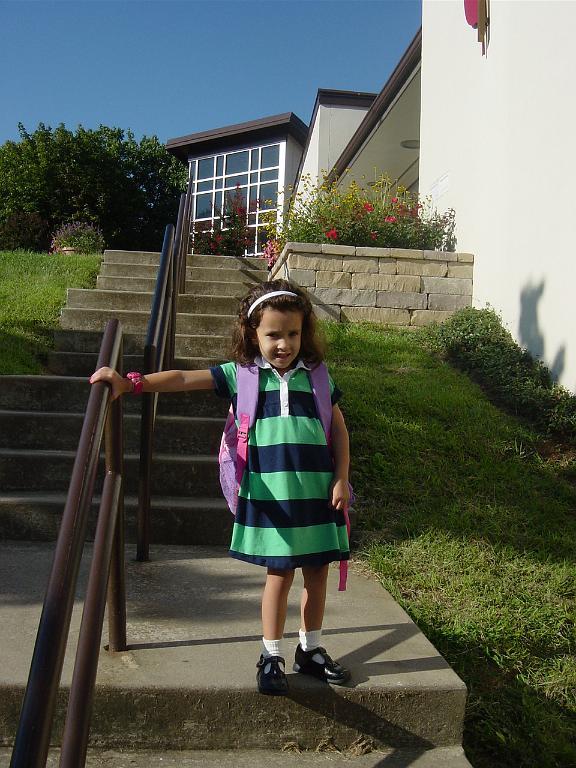 Today after playing at the park, we got some chicken Mcnuggets and fries from McDonald's.  As usual, I got some sweet & sour sauce to use just in case the girls didn't finish their nuggets.  We must have played hard enough to make the girls hungry, because they both ate all their nuggets, which is rare.

This time, though, Anna actually asked to have some of the sweet & sour sauce, which is a first, because she never tries anything new and has always just eaten her nuggets plain or with ketchup. She actually liked it, too, which surprised me.  I asked if she liked it and said that it's called sweet and sour sauce, and she said "Yeah!  It's apple sauce for your chicken!"  Ok, I guess it's the right color…

I know it's been awhile since I've written anything - life's been very busy, work's been busy and frustrating.  I plan to write some entries to catch up on what the girls have been up to the last couple of months.  Today I uploaded a bunch of new pictures to our photo gallery for the last couple months, so you can enjoy those in the meantime.  They're under Day-to-Day->2008 Summer, Day-to-Day->2008 Fall, and Vacations and Trips->2008 IndianaIllinois.
Posted by deltamike76 at 11:39 PM